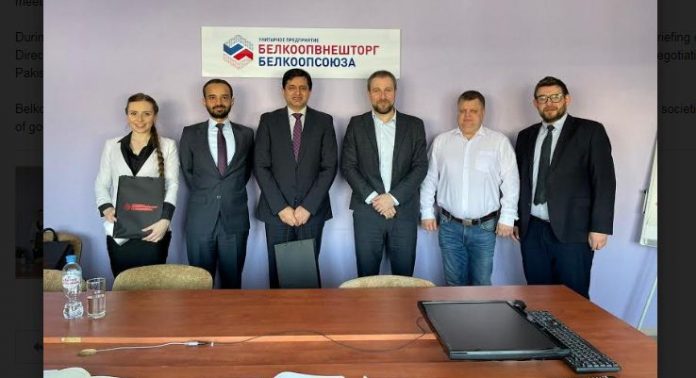 During the meeting, the two sides discussed the possibilities of importing Pakistan Rice, Oranges and Fish products.

Briefing on the operations of company, the Director General offered to start importing Pakistani Rice to the tune of 2100 tons during the next one-year subject to negotiation on the price and quality. A list of Pakistan’s top exporters of rice was also shared with the official on this occasion.

Belkoopvneshtorg Belkoopsoyuza is the major wholesale enterprises of the Belarusian Republican Union of Consumer societies, primarily involved in import/export of goods, wholesale and retail trade. Currently it serves more than 9000 retail outlets, across Belarus.=DNA