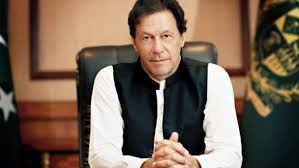 ISLAMABAD, FEB 17 (DNA) – Sri Lankan government officials cite ‘COVID-19 constraints’ for the decision In what appears to be a last-minute decision ahead of Pakistan Prime Minister Imran Khan’s coming visit to Sri Lanka, Colombo has cancelled his Parliament address scheduled next week.

Senior government officials have cited “COVID-19 constraints” for the decision, even as the itinerary issued by the Department of Government Information — dated February 16, 2021 – listed “arrival at Parliament” on February 24, along with Imran Khan’s scheduled participation in a ‘Trade and Investment Conference’, and the inauguration of a Sports Institute the same day.

Amid a surge of infections in the country, Sri Lanka began a vaccination drive for parliamentarians on Tuesday. The Pakistan Prime Minister, who is the first Head of Government to visit Sri Lanka after the pandemic hit the world last year, is expected to arrive on February 23.