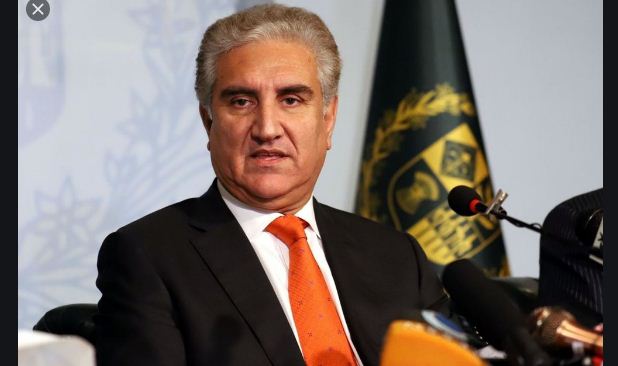 The Foreign Minister conveyed warm greetings of Pakistan’s leadership to the Egyptian President. He appreciated the stability and progress achieved by Egypt under his able leadership.

Foreign Minister Qureshi briefed the President on Pakistan’s shifting focus from geo-politics to geo-economics. He stressed that the vision of “Naya Pakistan” was predicated on economic connectivity and ensuring peace within and beyond our borders. He said Pakistan would always look to be a partner in peace and progress.

The Foreign Minister briefed the President on the situation in Pakistan’s neighborhood, in particular Pakistan’s efforts to facilitate the Afghan Peace Process, the ongoing human rights violations in the Indian Illegally Occupied Jammu and Kashmir (IIOJK), and continued denial of the Kashmiri people’s legitimate right to self-determination.

Stressing that Pakistan always supported resolution of differences through dialogue and diplomacy, the Foreign Minister appreciated Egypt’s recent efforts in the region.

The President welcomed the Foreign Minister and reciprocated the warm feelings of the Pakistani leadership. He fondly recalled his recent interactions with Prime Minister Imran Khan. President Sisi expressed hope that the visit of Foreign Minister Qureshi would pave the way for enhanced bilateral ties and dynamic multilateral cooperation.