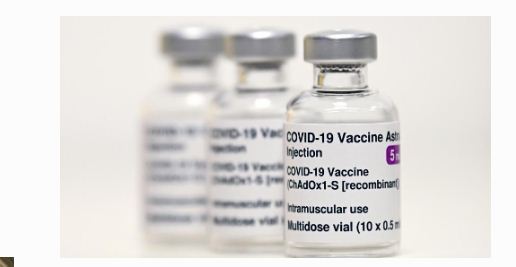 The South African government has asked drugmaker Serum Institute of India (SII) to take back the one million doses of the AstraZeneca-Oxford Covid-19 vaccines it had sent in early February, the Economic Times reported on Tuesday, a week after the country suspended the use of the shot after preliminary studies suggested limited effectiveness against the more contagious local variant of the virus.

South Africa received one million doses of the license-made AstraZeneca-Oxford vaccine last week and another 500,000 were set to arrive in the next few weeks.

South Africa’s health minister previously noted that the vaccines which arrived from India have an expiry date in April and had asked SII to swap them out for doses with later expiry dates.

But after the vaccines roll out was halted last week, the minister said the government may sell the doses to other nations.

The country, which has yet to begin its vaccination program, will begin vaccinating health workers with the Johnson & Johnson single dose shot as part of an “implementation study” with researchers, although a date for the rollout has not yet been set.

The Economic Times report cited officials aware of the development, however, SII has not yet commented on the issue.

Last week, South Africa halted plans to roll out the Oxford-AstraZeneca Covid-19 vaccine after a preliminary study suggested that the shot provides “minimal protection” against mild disease from the more contagious variant of the virus spreading in the country. This decision was made despite the World Health Organization giving emergency approval to the shot allowing it to be rolled out in several poorer nations. The AstraZeneca-Oxford shot is currently being rolled out in large scale across several countries including the U.K., India and it has also been approved for emergency use by the Australian government.

SII, the world’s largest vaccine manufacturer, has emerged as a key supplier of the AstraZeneca shot around the world. Even the U.K., which is home to AstraZeneca, is reportedly auditing SII’s sites for future orders of the vaccine amid a crunch in supplies. Last year, SII inked a deal with AstraZeneca to manufacture a billion doses of the Oxford vaccine for India and lower- and middle-income countries during the pandemic and sell it at the cost of production. The firm has a similar license manufacturing deal for Novavax’s vaccine candidate and is also developing its own vaccine.