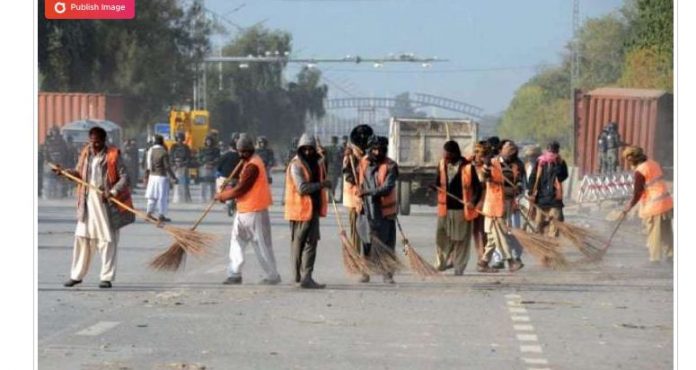 ISLAMABAD, Feb 16 (DNA) – Capital Development Authority (CDA) has started to place 100 large containers and 500 small containers for cleanliness in Islamabad while one thousand dust bins are also being prepared for for this purpose.

These dust bins for garbage will be installed in commercial areas and markets of the city within a week.

Tenders have also been issued for cleanliness rural areas which will be opened on March 1.

Citizens can lodge grievances on 1334 and WhatsApp number 0335, 5001213 will also be available for addressal of grievances.

Director Sanitation Sardar Khan Zmarai said that on the special directives of Chairman CDA Amir Ali Ahmed, 100 large containers and 500 small containers have been installed in the federal capital for cleaning.

He said that one thousand dust bins are also being installed in commercial areas and markets in Islamabad for garbage collection which will be installed within a week.

He said the 10 to 12 damaged vehicles have been made operational.

Similarly, several steps are being taken for improved sanitation situation in capital and CDA has also started cleaning in rural areas.

On the other hand, CDA spokesman Syed Asif Raza Shah told APP on Tuesday that keeping Islamabad clean is the top priority of CDA, Islamabad is one of the most beautiful city and its beauty would be maintained.

He appealed to the citizens to also cooperate with the CDA to keep the federal capital clean.=DNA