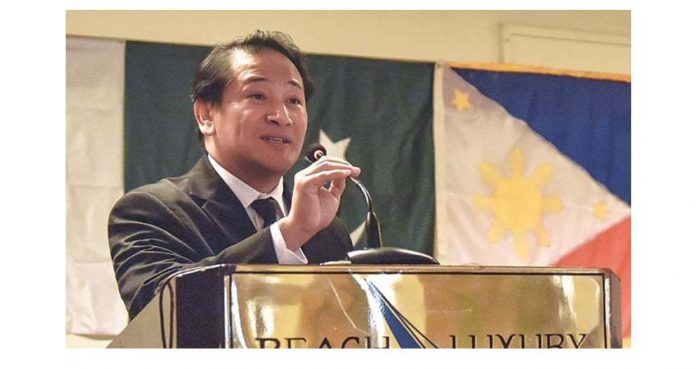 FAISALABAD, Sincere efforts are imperative to increase bilateral trade between Philippines and Pakistan as trade volume between the two countries is very low.

This was stated by Philippines Ambassador to Pakistan Mr. Daniel Ramos Espiritu while addressing a meeting at Faisalabad Chamber of Commerce & Industry (FCCI) on Monday.

He said that a huge infrastructure project is being launched in Philippines which requires heavy quantity of cement. Therefore, Philippines will import cement from Pakistan too after China and United States. Initially, cement of 14 million dollars will be imported from Pakistan but later on this quantity will be increased gradually, he added.

He appreciated the proposal floated by FCCI President Engineer Hafiz Ehtesham Javed to increase exports of textiles, medicines and rice and said that in this regard, the two countries should work together to create a more conducive environment and there should be more concessions on both sides.

He said that Pakistan is producing high quality medicines. Therefore, Pakistan can also set up medicine factories in Philippines under joint ventures whose products could be exported to 6,000 million population of the ASEAN region easily.

Regarding textiles, he said that Pakistan has the expertise to make textiles while Philippines have modern designers and access to the market. Therefore, both the countries need to work together to develop this sector on modern lines. He also assured to arrange a visit to Philippines for FCCI delegation so that Pakistani exporters could have B2B meetings with investors in Philippines.

He said that Philippines is the world’s third largest exporter of manpower after China and India. “Many countries want to have our manpower for agriculture and fish farming,” he added.