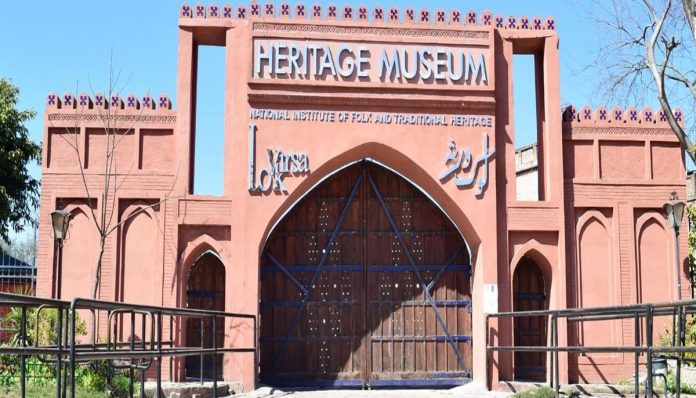 ISLAMABAD, Feb 14  : The National Institute of Folk and Traditional Heritage (Lok Virsa) has planned to establish heritage Museum in every major city of the country to preserve local and regional history of cultural heritage.

every major city of the country to preserve local and regional history of cultural heritage.

He said these museums would preserve research and exhibit the tangible and intangible evidence of society.

Moreover, it would also provide visitors an opportunity to foster deeper understanding and sharing of authentic cultural and natural heritage alongwith enjoyment.

The ED said, “Museums are the custodian of history as much as they offer connections to history so Lok Virsa would soon start working on this project.”

He said that he was making all out efforts to modernise all ranks and cohorts of Lok Virsa by bringing developments in its system.

He informed that the first step taken was to merge Monument Library and Lok Virsa library into one enormous hall at Lok Virsa and would be opened for public to educate them of the great cultural history and heritage of Pakistan rather than providing access only to scholars.

He explained that they have started two separate entry and exit points with strict standard operating procedures (SOPs) and safety  precautions.

provide them a platform in the field of arts and music.