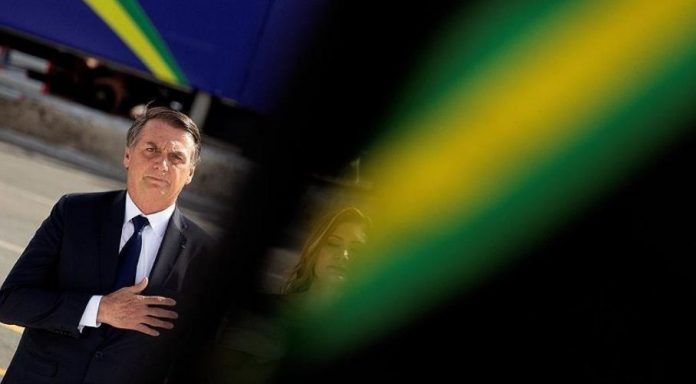 SAO PAULO, FEB 2 – Both candidates supported by Brazil’s President Jair Bolsonaro for speakers of the Senate and the Chamber of Deputies emerged victorious in a secret election held Monday night.

The victories of Senator Rodrigo Pacheco and Congressman Arthur Lira strengthen the position of the country’s far-right leader at a time when society is convulsing, with many asking for Bolsonaro to be impeached. It also comes as Brazil has over 225,000 COVID-19 deaths and a messy vaccination plan.

Both were elected for a two-year term.

Lira was elected to the Lower House by an overwhelming 302-145 vote. He has shown resistance to accepting an impeachment process against Bolsonaro and to kick off an inquiry on the federal administration’s handling of the COVID-19 pandemic.

In a speech after his victory, Lira said he had opinions, “but as speaker of the Lower House, my opinion must reflect that of others.” Lira is the target of corruption investigations. He is accused of receiving bribes and is also being investigated by the state of Alagoas’ Public Prosecutor’s Office on suspicion of participating in a money embezzlement scheme at the local Legislative Assembly.

Amid fears over an impeachment process after two weekends of demonstrations in several cities against Bolsonaro, the federal government sought to interfere in the election of Lira to help him win. His campaign was marked by promises of amendments and positions in exchange for votes. The government even discusses recreating ministries to accommodate allies.

Last Friday, Bolsonaro himself said he intended to recreate the ministries of Culture, Sport and Fisheries. Lira’s main rival, Baleia Rossi, defended the independence of the Bolsonaro administration. Rossi had the support of the current speaker, Rodrigo Maia.

Hours earlier, the Senate voted 57-21 to elect Senator Pacheco, who succeeds Davi Alcolumbre. Alcolumbre himself engaged in articulating support and votes. Pacheco’s campaign had the support even from the opposition, such as the Workers’ Party (PT). He defended the importance of the Senate’s independence from other branches, although the federal government also acted to strengthen his campaign.

His most direct competitor, Senator Simone Tebet, lost strength in the final stretch of the campaign, mainly after her own party split.

After his victory, Pacheco said both tax and administrative reforms need to be tackled urgently, but without undue haste.

“Many important decisions lie ahead. The vote on reforms that divide opinions, such as tax reform and administrative reform, must be faced urgently, but without hustle. The pace of these and other important reforms will always be set together with leaders and the plenary,” he said.

Pacheco has vowed to seek a compromise between fiscal restraints and assistance to socially vulnerable Brazilians hurt by the pandemic.