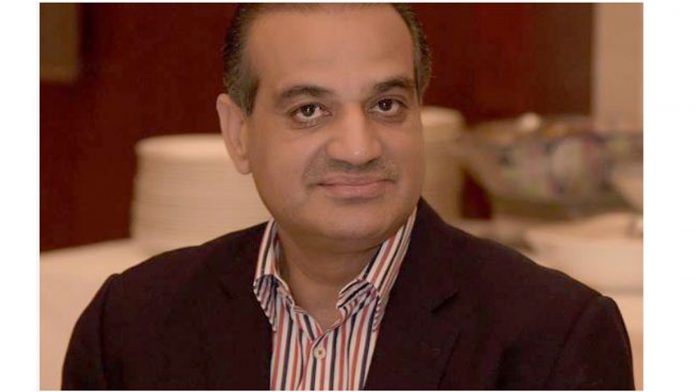 The Chief of Pakistan Democratic Movement (PDM) Maulana Fazalur Rehman on January 30, 2021 announced that their struggle was not against the establishment rather they wanted to make the men in khaki realize that their backing of the incumbent government had encouraged it to let the hell loose on the poor people of Pakistan.

According to him, it was because of this ‘backing’ that people were forced to lead a miserable life as prices of daily use items had sky rocketed and that too in a very short span of time. The otherwise composed and confidence maulana looked quite dejected and demoralized during the entire presser. His body language suggested as if all were not well within the ranks of the PDM and the maulana after sensing the gravity of the situation now wanted to mend fences with the forces he has been criticizing with full force.

I had mentioned in one of my earlier pieces that the Opposition neither wants to dislodge government nor launch a fully fledged anti-govt drive for the sake of its own ulterior political motives. And that is the point where its close ally Maulana Fazlur Rehman had serious problems. He wanted the Opposition parties to take a clear cut stand when it comes to giving tough time to the government.  But as things are unfolding gradually, it seems as if the maulana shall again be left in the lurch.

The problem of Pakistan People’s Party as mentioned before is that it cannot go beyond a certain point in its criticism of the government or when it comes to sending the federal govt packing. The reason is obvious that if it happens, PPP will surely lose its government in Sindh also. And losing the Sindh govt means losing Sindh in fact. It was the PPP who first decided to take part in the upcoming Senate elections for it is likely to get more seats as compared with its allied parties in the PDM. The PPP decision, though appears to be logical and a well-calculated political move, nevertheless it caused ripples among the alliance as nobody was expecting this move. Even at that time when PPP announced this decision, analysts had concluded that a major dent has been caused to the PDM. PPP, from the outset, has been playing its cards quite smartly. And it is likely to continue doing so till the time its political objectives are met.

PML-N, on the other hand, is still not ready to work with the establishment or vice versa. The Shahbaz Sharif group however is maintaining a mysterious silence thus triggering controversies within the party as to who actually is the man in charge. The PDM Lahore rally was indeed a poor show as majority of PMLN stalwarts mainly those aligned with the Shahbaz group stayed away. Making and breaking process within the PMLN continues unabated and it continues to deepen with the same speed, it is very much likely that one day Maryam Nawaz also had to announce that their struggle is not against the establishment!!

Edifice of PDM movement appears to have been erected on fragile structure. The major thrust of the Opposition turns out to be getting better deals for their leaders either in jails or abroad. Ordinary folks have been bearing the brunt of price hike, social injustices; nepotism; jobbery and corruption wanted the Opposition parties to become their voice and help them get rid of difficult times. The PDM was able to draw huge crowds in the beginning primarily because people thought the alliance had girded up loins for their sake but gradually they realized it was all a farce.

As regards the long march, it is likely to take place however it may not be able to achieve the desired results – i.e to send the govt packing. The opposition leaders tend to cite long march against the Benazir Bhutto government back in 1989, which failed to dislodge the sitting government but the government was sent packing soon after the march. Similarly, while Benazir Bhutto’s first long march in November 1992 against Nawaz Sharif govt failed to achieve her desired purpose, her second attempt reaped rewards as both Nawaz Sharif and the then President Ghulam Ishaq Khan were shown the door by Army Chief General Waheed Kakar.

Today situation is absolutely different from that of 1989 and 1992. At that time the factors that are responsible for making and breaking of governments wanted the then governments to go while the same factors do not want so when it comes to dislodging the PTI government!!