ISLAMABAD, JUL 7 (DNA) – The Embassy of the Republic of Korea hosted the 2019 Changwon K-Pop World Festival preliminary round in Pakistan at the Pakistan National Council of the Arts, Islamabad, giving Pakistani fans and lovers of K-pop a chance to show their talents.The K-PopWorld Festival is an annual global music and dance competition, which is organized by the Ministry of Foreign Affairs of Korea in collaboration with the Korean Broadcasting System(KBS), one of Korea’s leading television channels. 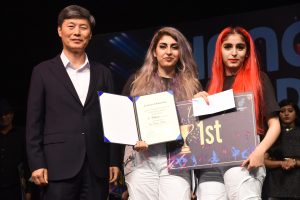 Fourteen teams from all over Pakistan participated in the Festival’s preliminary round, and competed in two categories of singing and dancing. Each of the performances was enhanced by the colourful lighting at the auditorium of the PNCA.

Speaking on the occasion, Kwak Sung-kyu, Ambassador of the Republic of Korea, appreciated the strong interest of the competitors and audience in K-pop, commonly known as a part of Hallyu or Korean waves. 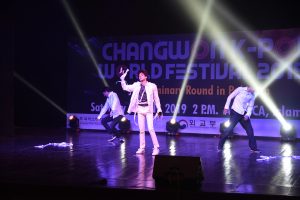 He also underlined the global fever of K-pop which attracts young K-pop fans all around the world as well as in Pakistan.

He further reiterated his commitment to promote the bilateral cultural interactions between Korea and Pakistan to new heights in the days ahead.

The event was quite successful, as the audience showed enthusiastic responses to the energetic performances.=DNA