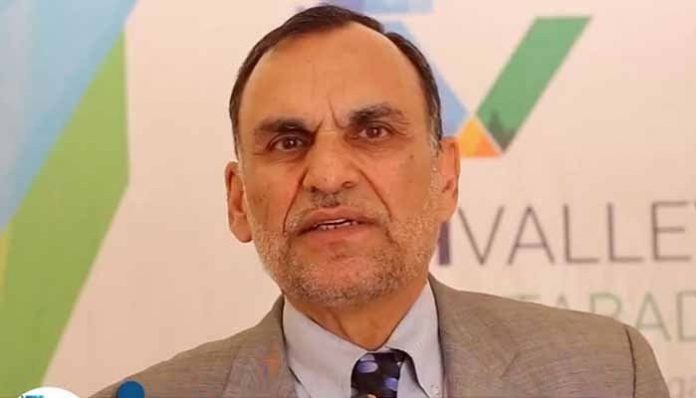 ISLAMABAD, (DNA) – Pakistan Tehreek-e-Insaf (PTI) Senator Azam Swati, who is under investigation over alleged misuse of authority, resigned from the post of federal minister for science and technology on Thursday. Swati submitted his resignation during a meeting with Prime Minister Imran Khan. According to sources, Prime Minister Imran Khan has accepted the resignation and told Swati to present himself before the Supreme Court in the ongoing misconduct case.

In his resignation, Swati said he could not continue working under the present circumstances. “I am upholding my moral responsibility and submitting my resignation,” he added.

The Supreme Court has been hearing a case against Swati pertaining to the transfer of Islamabad IGP Jan Muhammad.

A three-judge bench headed by Chief Justice Mian Saqib Nisar had taken suo motu notice of Islamabad IGP Jan Muhammad’s abrupt transfer last month. The IGP was transferred on October 27 after he allegedly refused to take action on a complaint filed by Swati’s son regarding a fight over purported encroachment with a family at their farmhouse.

The apex court had formed a joint investigation team (JIT) to probe allegations of misuse of authority, misconduct and encroachment against the minister. The JIT had held Swati and his guards responsible for the row over farmhouse land and the Supreme Court had observed that he had misused his powers as federal minister.

Coronavirus death toll jumps to 1,167 in Pakistan with 56,349 infected cases