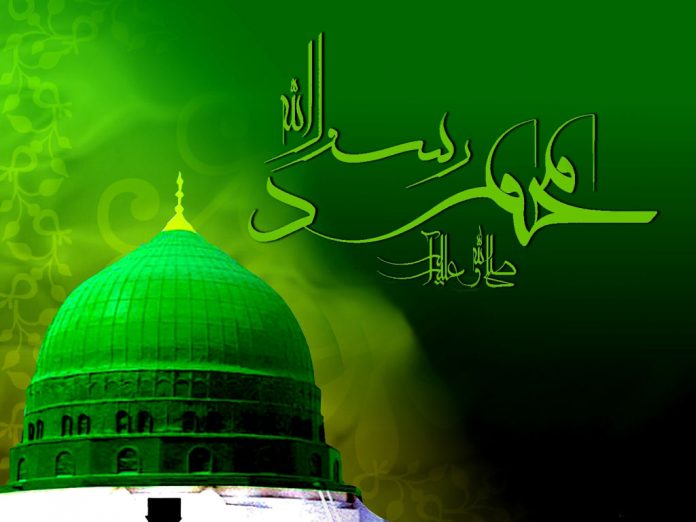 PARIS, (DNA) – The Embassy of Pakistan to France held a Naat Khawani and a lecture to celebrate Eid Milad Un Nabi with religious sanctity and veneration in Paris.A Large number of Pakistani community and members of Pakistani Mission attended the Eid Milad celebrations.Naat Khawan recited ‘Naats’ in love and praise of the Prophet (PBUH).

Professor Ghulam Sarwar Qureshi, a renowned educationist and a religious scholar of Pakistan was the keynote speaker.

Professor Qureshi in his address said that the Holy Prophet (PBUH) demonstrated highest standards of courage, generosity, simplicity, sacrifice and wisdom and will always remain a source of inspiration for the mankind in all times to come. Prophet Muhammad (PBUH) always upheld the ideals of human dignity. He was love personified and was kind and compassionate towards his enemies as well.

Professor Qureshi stressed on the Prophet’s (PBUH) indomitable characteristic of progressivism under all circumstances. He said that Prophet Muhammad (PBUH) bestowed a high rank of respect and an important place to women in the society. Despite the highest pedestal on which the Prophet (PBUH) stood, the exercised patience and piety all the time and distributed love which is the essence of all human relations.

The Ambassador of Pakistan to France Moin ul Haque in his remarks said that the life and teachings of the Last Prophet (peace be upon him), were beacon of light for the entire humanity.

He called upon the Pakistani community in France to lead an exemplary life by practicing teachings of the Prophet with regard to peaceful coexistence with followers of other faiths, abide the law of the land and refrain from any un-lawful activity.

At the end of the Milad, special prayers were offered for the continued peace, progress and prosperity of Pakistan.