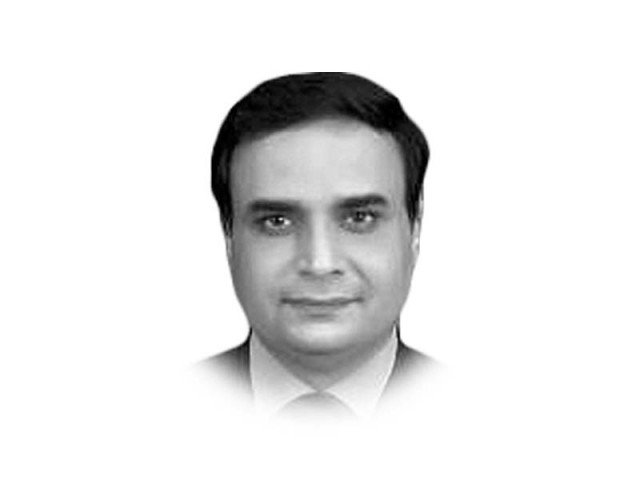 To clear many misconceptions that might have arisen from a recent article titled Strange estrangement by M Abrar Ameen, I am duty-bound to remove these as well as distortions of history while providing proper insight into the correct perspective with which the whole range of ties between Pakistan, Turkey and Azerbaijan must be viewed.

It is unfortunate that the writer has shown an unnecessarily soft corner for Armenia — which is little else but the aggressor and initiator of a “cultivation of genocide.” Realising this fact alone would have settled once and for all the writer’s query of why Pakistan has no diplomatic ties with Armenia. There is simply no need for that.

Pakistan, Azerbaijan and Turkey have cultural, social, religious and civilisational ties. Even now one can find signs of Pakistani culture in these countries which were preserved by the people of the two countries.

While visiting Azerbaijan, I personally witnessed the 15th century Multan Saray in the centre of Baku built by Baku rulers of that period for the merchants from Multan, Pakistan. Both countries share various linkages with Pakistan. Pakistan, Azerbaijan and Turkey have also “strategic dialogue/partnership” which reflects the real essence and strength of their relations. Governments and people of Turkey and Azerbaijan have been very kind and supportive to Pakistan and its people since inception.

I want to ask Abrar Ameen what can possibly be achieved through the recognition of Armenia by Pakistan? Not a thing, except hurting the hearts of more than 130 million Turkic Turks and Azerbaijani Turks in their countries and in the world who have very high respect for Pakistan and Pakistanis.

With its 3 million population, most of them impoverished, and its high and alarming rate of brain drain, poverty and unemployment ratios, Armenia is not a reliable partner. Although Azerbaijan opened its doors to Armenians throughout history but they have time again proved to be unreliable. Recognition of Armenia will achieve nothing but strain ties between strategic partners.

M Abrar Ameen suggested that by establishing “Pakistan-Armenia Culture Forum” bilateral ties would be achieved between the two sides. Culture is a holistic approach whereas Armenian cruelty is well established. Culture is the reflection of harmonious human spirits whereas Armenia is the birthplace of horrendous crimes against humanity. Moreover, climate, nature and natural resources have been polluted because of Armenia.

Such a proposed forum cannot be icebreaker because of Armenia’s crimes against helpless Azeri peoples living in occupied areas. It is not a matter of cultural association alone it is also matter of trust, traditions and tumults where Azerbaijanis laid down their precious lives for their beloved country.

Azerbaijan has never used violence against Armenia whereas the Khojaly genocide was an ethnic cleansing by Armenia forces against helpless Azerbaijanis. It was an act of barbarism and naked use of military power but it could not produce any dent in the spirit of Azerbaijanis.

Pakistan still does not recognise Armenia as an independent state because of its illegal occupation of Azerbaijani territories and supports Turkey whole-heartedly against deceptive and groundlessly false notions claimed by Armenia.

Pakistan’s houses of parliament and their standing committees on foreign affairs have demonstrated solidarity with the government and people of the Republic of Azerbaijan.

It condemned the occupation of Azerbaijani territories by Armenia and the genocide committed by Armenian armed forces in the Azerbaijani town of Khojaly on February 26, 1992 against the civilian population.

The Foreign Ministry of Pakistan knows Armenian illegal occupation on Azerbaijan’s various regions. Pakistan reaffirmed the sovereignty and territorial integrity of the Republic of Azerbaijan within its internationally recognised borders.

It demanded implementation of resolutions of the UN Security Council and the UN General Assembly on immediate, complete and unconditional withdrawal of all Armenian forces from all the occupied territories of Azerbaijan and called upon the international community and international organisations to urge Armenia to implement these decisions. The Republic of Azerbaijan is not an aggressor.

The right of Azerbaijan on Nagorno-Karabakh territories is even recognised by the the UN Security Council which adopted resolutions condemning the use of force against Azerbaijan and the occupation of its territories in 1993.

It reaffirmed respect for the sovereignty and territorial integrity of Azerbaijan, reconfirmed that the Nagorno-Karabakh region is an integral part of Azerbaijan and demanded the immediate, full and unconditional withdrawal of the occupying forces from all the occupied territories.

The most horrible one of such tragedies against the Azerbaijanis is the genocide committed 100 years ago, on March 31, 1918. Since March of 1918, thousands of the Azerbaijani civilians have been killed on the ground of their nationality; people were burned alive; rare historical monuments, schools, hospitals, mosques were ruined.

I conclude Pakistan does not recognise Armenia because it is a terrorist state which illegally occupies various regions of Azerbaijan.

Pakistan does not recognise Armenia because it is a fascist state which uses tactics of genocide, water terrorism, nuclear terrorism and the last but not the least, it is destroyer of holy and cultural buildings, mosques and other signs of Islamic heritage.

I do wish the writer of the article had first understood the historic, political, social and economic dynamics of Nagorno Karabakh, studied the roots of the relations of Pakistan with brotherly Azerbaijan and Turkey and before writing in favour of Armenia.

Although we live in an arena of artificial intelligence where globalisation plays a very important role still the spirit of humanity and justice must not appear too blurred in the world. The survival of humanity is not merely based on power politics, we must stand united against cruelty, injustice and genocide. Armenia is an icon of planned genocide against peaceful Azerbaijanis, Azeris and Turks and we should not allow their designs to prevail at any cost.