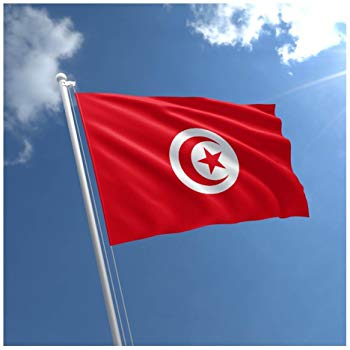 NEW YORK, OCT 26 (DNA) – The Tunisian Ministry of Foreign Affairs has organized an event to celebrate 73rd anniversary of the United Nations Organization, on Friday.It is a renewed opportunity to invoke the noble principles and objectives stated in the founding Charter of this prestigious Organization to lift humanity out of the scourge of wars and conflicts, to reinforce pillars of International peace and security, to endorse respect for human rights, and to achieve just and sustainable development that meets the aspirations of the peoples of the world and their rights to stability, decent life and prosperity.

Tunisia emphasizes its commitment to international legitimacy and multilateral action as the ideal framework for the regulation and promotion of international relations.

It renews its firm belief in the pivotal and principal role of the United Nations Organizations, particularly in light of the unprecedented changes and challenges that the world is undergoing today.

This requires joint efforts, urgent and common solutions to meet with these challenges and to promote the components of peace, security and development for all Nations and Peoples.

Over the past six decades, Tunisia has spared no effort to defend the principles and foundations on which the United Nations Organization has been established and to enhance them through its active contributions to the different bodies of the Organization and through its continued support for the Organization’s efforts in various fields, mainly in countering of conflicts and crises.

In this regard, Tunisia is determined to continue to supporting the issues of rights and justice highly the fair Palestinian cause, and to consolidate the paths of the political settlement of the critical international issues.

This was recently materialized through the tripartite initiative of the President of the Republic of Tunisia to achieve “a comprehensive political settlement” in the brotherly Libya under the auspices of the United Nations Organization.

Furthermore, Tunisia was one of the first countries to be engaged in international peacekeeping operations throughout the world since the early years of its independence and has contributed to the UN efforts to restoring stability and to building peace in several countries. Tunisia has also engaged in UN and international efforts to achieve development for all, most recently its active contribution to the implementation of the “2030 Development Agenda ” and the “2015 Paris Agreement on Climate Change ” and to implement both of  them.

Tunisia as a young democracy and an open country is keen to continue and develop its contribution to the efforts of the United Nations Organization to build a fair and credible global system, to implement the international legitimacy, to ensure the achievement of peace, security, stability and development in the world.

Tunisia’s forthcoming membership in the UN Security Council by 2020 will constitute for it a renewed opportunity to actively contribute to exploring the appropriate approaches and solutions to the current international issues and challenges through supporting the approach of consensus, dialogue and mediation efforts in accordance with the principles and fundamentals of the Tunisian foreign policy and its National experience in the democratic transition.

In this context, Tunisia appreciates the support that it received during the democratic transition process from the United Nations and in its relative organs and specialized agencies. It renews its hope to reinforce this support in order to pursue its efforts in this new phase of its history to achieve the aspirations of the Tunisian people for development, prosperity and progress.

Noting the valuable reforms and initiatives undertaken by the Secretary-General of the United Nations, Mr. Antonio Guterich, to develop the Organization’s functioning and working methods, particularly in the areas of security, peace and development, Tunisia hopes that this reform process will continue and be strengthened. Therefore, this reform will enhance the Organization’s performance more effectively and equitably mainly in terms of its representation. It will also boost the organization’s ability to deal effectively with the various challenges facing the world today.

Tunisia will remain committed to the United Nations and keen to support its role in finding collective solutions to the common challenges and critical global issues with an approach in which the components of peace, security, and sustainable development and human rights principles are integrated until all the people of the world are liberated from fear and poverty.”