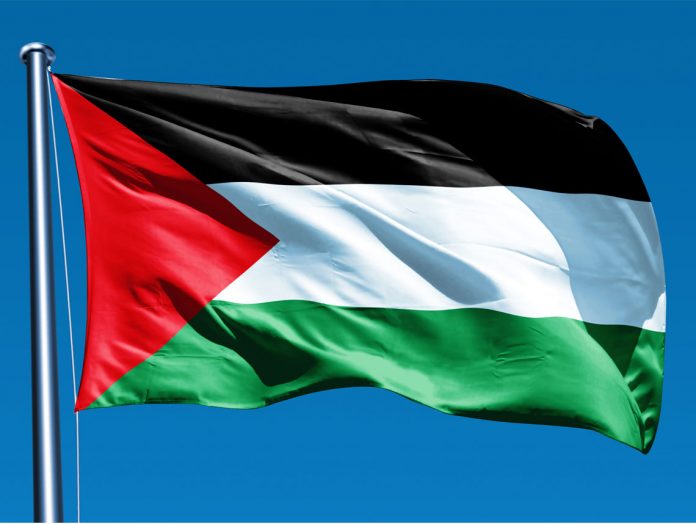 ISLAMABAD, (DNA) – Women like Rosa Parks empowered the American civil rights movement, earning compassion for the civilian protesters who clashed with police and soldiers.Women are also playing a powerful role in the fight for civil rights in “apartheid” Israel, where ethnic cleansing policies seek to go beyond segregation.

Three Palestinian women have come to symbolize this aspect in the ongoing fight against Israeli civil rights abuses: Razan Al-Najjar, 21, Ahed Tamimi, 17, and Lara Al-Qasem, 22. One was murdered, while the other two confront the frightening face of Israel’s oppression.

On June 1, using a high-powered sniper rifle, an Israeli soldier focused the lethal crosshairs of his weapon on Al-Najjar, an unarmed nurse courageously providing medical attention to the many injured civilians more than 300 yards across the border with Gaza. Al-Najjar was instantly killed when the soldier’s bullet pierced her clearly visible medical vest.

Posters of Al-Najjar smiling and wearing a red hijab have been placed all around Khan Yunis, the Palestinian town in Gaza where she lived with her parents — a community just like the others that have had their electricity, water and food supplies shut off by Israel’s government. Al-Najjar is an icon of courage and humanity in the face of such ugly Israeli brutality and oppression.

Tamimi was born in 2001 in Nabi Saleh, a small village near Ramallah that is the focus of constant Israeli military harassment and settler attacks against civilians. Her parents said their daughter aspired, even from a young age, to be a champion of civil rights, with the hope of studying to become a lawyer.

In 2012, the then-11-year-old courageously stood up to the heavily armed Israeli soldiers who were trying to arrest her mother during a civilian protest against Israel’s discriminatory policies. The image of this young child confronting Israeli intransigence was so powerful she was commended internationally, including by Palestinian President Mahmoud Abbas and by Turkish President Recep Tayyip Erdogan.

Four years later, Tamimi was invited to visit the US to speak in a program titled “No Child Behind Bars/Living Resistance.” But President Barack Obama, who has been falsely praised for his eloquent rhetoric about civil rights, human rights and the protection of children, showed his true colors when his State Department refused to give Tamimi a visa to visit the US.

But not even Obama’s hypocrisy could undermine the fight against civil rights abuses and the fight for freedom. On Dec. 15, 2017, as Palestinians across the Occupied Territories and in the encircled Gaza Strip protested the US decision to recognize Jerusalem as Israel’s capital, Israeli soldiers were on heightened alert confronting Palestinians who gathered in the streets. One group of heavily armed soldiers at Nabi Saleh entered Tamimi’s home, allegedly chasing protesters, and brutally beat one of her cousins. Soon after, Tamimi began yelling and pushing the soldiers outside her home. A video captured her confronting one soldier and slapping him.

Days after the video of this little teenage girl standing firm in the face of the Israeli military went viral, Israel ordered her arrested and held her in detention. She eventually served eight months in prison, where other young children have also spent many months and years. She was released on July 29.

Ironically, while Tamimi served eight months for slapping an armed Israeli soldier, one of his colleagues, Elor Azaria, shot and killed an incapacitated, injured Palestinian suspect as he was lying on the street. Azaria was sentenced to only 18 months in prison, and was released after serving just nine months.

The practice of punishing black people far more heavily than whites was a cornerstone of the injustice that fueled the American civil rights movement.

Al-Qasem, an American citizen with a Palestinian father, entered Israel with a valid student visa on Oct. 2 in order to pursue a degree in human rights at the Hebrew University of Jerusalem. Instead, she was immediately detained by Israeli authorities and accused of supporting the BDS (Boycott, Divest, Sanction) movement, which protests against Israel’s racist Jewish-only settlements that are built on stolen Palestinian lands and profit from the exploitation of stolen assets.

Al-Qasem has been in Israeli custody since, as her fight for freedom has moved from the security room at Ben Gurion Airport to the Israeli Supreme Court, where justice and the rule of law have often been the most frequent victims. She continues to fight against her deportation.

Israel has desperately tried to libel all of the women, demeaning them in every possible way. Israeli writers questioned why Tamimi’s hair is blond and her eyes blue. The Jerusalem Post, which does not shy away from character assassination, published an incredible report by an Arab writer asserting that Tamimi’s iconic image was being tarnished by her associations.

Israel claimed Al-Najjar was shot accidentally, later questioning her role as a “medic” and then asserting she was a “human shield.” Israel’s ambassador in London, propagandist Mark Regev, suggested that she was a Hamas terrorist.

The power of these women to stand up to injustice is not diminished by the desperate and unbelievable excuses Israel uses to defend its human rights abuses.