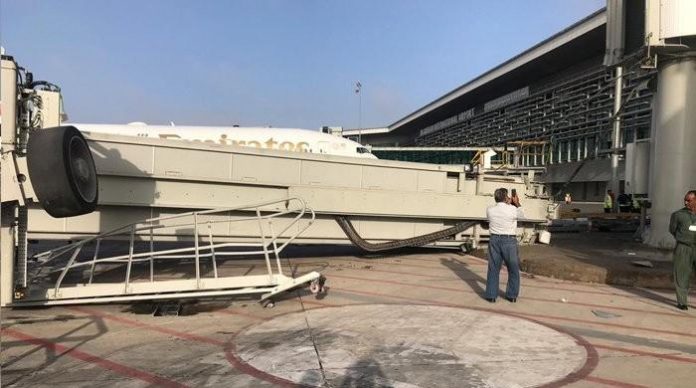 ISLAMABAD: (DNA) –  One person was injured when jetway at the Islamabad International airport collapsed Tuesday morning.It’s unclear if the affected man was on the jetway at the time of collapse or was standing somewhere near. However, there was no damage to the plane of the private airline, according to airport authorities.

Islamabad Airport was inaugurated earlier this year by the PML-N government with much fanfare but has been in the news since then for one reason or another.