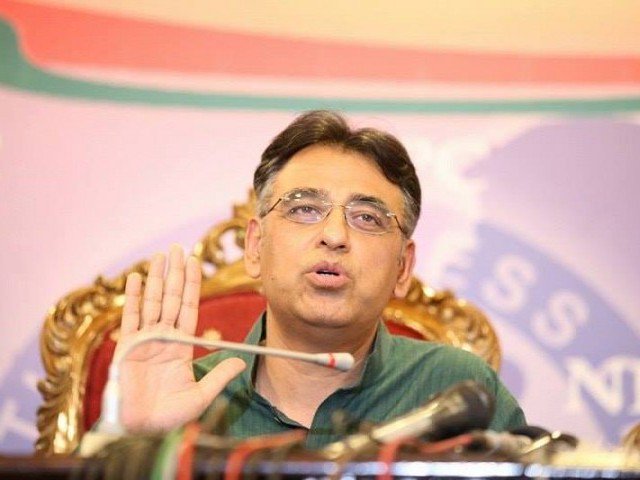 FAISALABAD: (DNA) – Federal Minister for Finance Asad Umar has called exporters the future of the national economy and has assured them that the government is framing export-focused policies in an effort to give a big push to stagnant exports.

“The government has a strong belief that economic revolution can only be possible through trade promotion and all possible support is being extended to the export sector to achieve optimum growth,” he remarked while speaking at a ceremony for the Export Excellence Awards organised by the Pakistan Textile Exporters Association (PTEA).

Umar pointed out that the government had revised gas prices and set the price at $6.5 per unit for the export-oriented sectors in Punjab to ensure that they gained a competitive edge in the international market. Electricity price would be fixed at 7.5 cents per kilowatt-hour for export industries in coming days, he said.

He underlined the need for devising an automated system for releasing tax refunds to exporters and assured them that the government would introduce systematic reforms in the refund system to save the exporters from liquidity crunch.

“The government is committed to providing all possible facilities for the textile sector as it is playing a major role in bringing economic stability and no country can achieve economic targets without due role of exporters,” he said. Calling textile industry the backbone of economy, Umar revealed that remedial measures were being undertaken to overcome the challenges and help develop the sector.

“The future of Pakistan is very bright and all resources will be mobilised to transform it according to the premier’s vision of an economically stable and strong country.”

Speaking on the occasion, Minister of State for Revenue Hammad Azhar cautioned that Pakistan was passing through an economic crisis, but said the government had allowed Rs44 billion in gas subsidy for export-oriented textile units.

Apart from that, he said, FBR was working to reduce the regulatory duty on inputs in order to bring down the production cost of export goods.

He vowed that the interest of the textile industry would be shielded as Pakistan could not make sound progress without turning around its sagging economy.

Earlier, PTEA Chairman Khurram Mukhtar, while welcoming the reduction in gas price for the textile sector, underlined the industry’s commitment to working for a prosperous Pakistan through a sizeable growth in exports.

He voiced hope that the government would adopt business-friendly policies and introduce economic reforms to boost the trade and industry.

Highlighting major impediments in the way of growth in textile exports, Mukhtar said a huge number of tax refund claims worth billions of rupees were stuck and their release would enhance confidence of the exporters.

He called for introducing structural reforms in the refund system to save the exporters from cash crunch. In order to promote exports, he stressed the need for Pakistan’s image-building in the international arena.