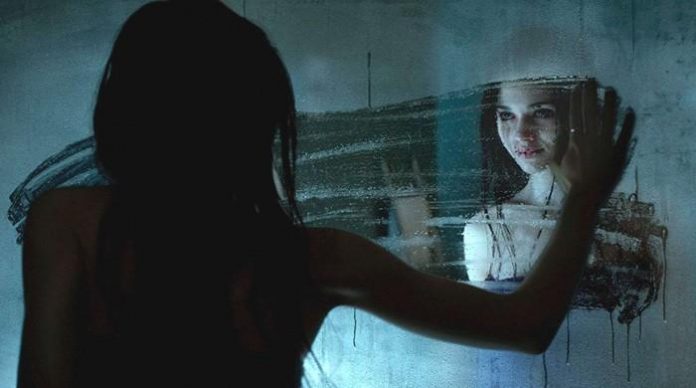 LOS ANGELES:  (DNA) – Vertical Entertainment has released an official trailer for a horror thriller film titled Look Away, which is set to arrive on VOD platforms on October 12th the latest feature from director Assaf Bernstein (of The Debt).

The film, starring India Eisley, Mira Sorvino, and Jason Isaacs, tells the story of Maria, an alienated high schooler who switches places with the evil image she finds in a mirror. Per the synopsis:

“A lonely 18-year-old high schooler opens up to her reflection because of the lack of support she has from family and her peers. She switches place with her supportive, but evil, twin that she discovers in the mirror’s reflection, but the newfound freedom unleashes suppressed feelings.”