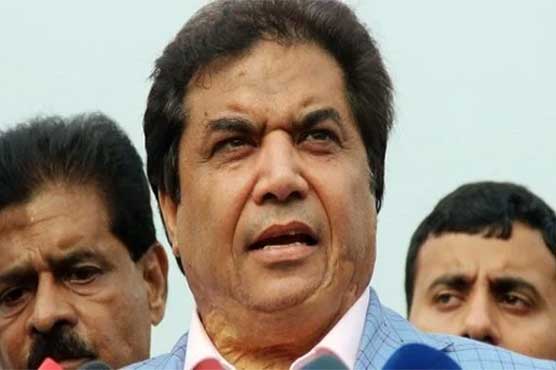 Hanif Abbasi was accused of selling as much as 500kg of controlled chemical ephedrine to the narcotics smugglers. All requests of Hanif Abbasi aimed at delaying the ephedrine case by ten days was rejected by the courts.

The Anti-Narcotics Force (ANF) had registered the case against Abbasi and his accomplices back then in June 2012 under various sections of the Control of Narcotics Substances (CNS) Act.

The anti-narcotics court had indicted Hanif Abbasi and the other accused back then in 2014.

Lawyer Kamran Murtaza told that LHC had announced verdict on an irrelevant plea and that his client has never asked for delay in the case.

It is to be mentioned here that the LHC had ordered to complete the hearing until July 21, only five days before the elections.

Hanif Abbasi has been alleged of misusing 500kg of the controlled chemical ephedrine which he got for his company in 2010. The PML-N leader and the other accused including his brother were indicted in 2014.