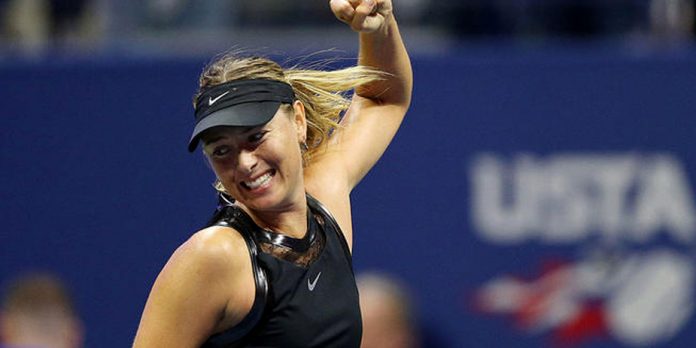 Maria Sharapova thwarted a second-set comeback bid by Sorana Cirstea, beating the Romanian 6-2, 7-5 on Thursday to reach the third round of the US Open.Sharapova, the 2006 champion at Flushing Meadows, coughed up 10 double faults as she got off to a slow start on Arthur Ashe Stadium.

But she improved to 21-0 in night matches at the tournament — recovering from a break down in the second set to finish it off in straight sets after the clock had ticked past midnight.

“You’ve got to be crazy to be here after midnight,” she said, giving the fans who stayed a nod of appreciation.

Sharapova could have worked even later, but with Cirstea two points from forcing a third set Sharapova clawed back a break, and broke again in the final game to seal the win.

“There’s a saying we use a lot: It’s not how you start it’s how you finish,” she said.

“It only gets tougher from here,” said Sharapova, the 22nd seed.

“She’s a competitor, a great opponent. I look forward to it.”