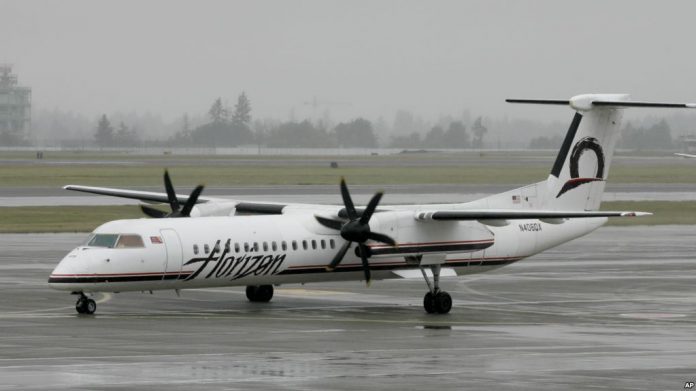 An aircraft  made an unauthorized takeoff from Seattle Tacoma International Airport on Friday night and crashed in the south Puget Sound, local media reported.Other flights were temporarily grounded.Horizon Q400 plane  was piloted by a 29-year-old Pierce County man and crashed on Ketron Island, the Pierce County Sheriff’s Office said.  There were no other passengers on the plane.

“The sheriff’s office said that “this is not a terrorist incident” and that the pilot was a mechanic from an unknown airline,”. He crashed from either doing stunts or because of a lack of flying skills.