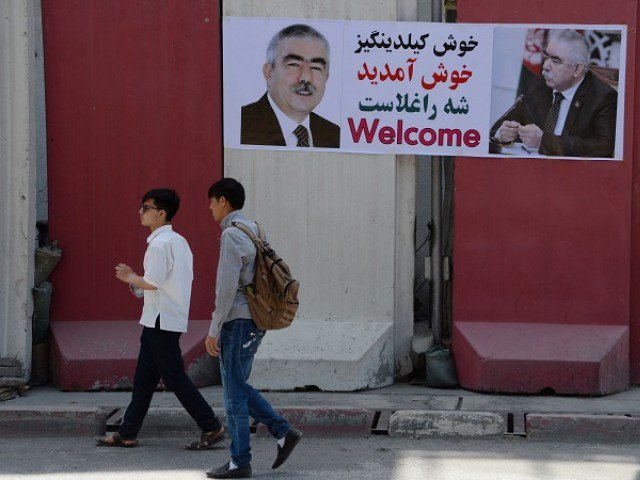 KABUL, (DNA) – Casualties were feared after a blast near Kabul’s international airport on Sunday, shortly after Afghan Vice President Abdul Rashid Dostum returned to the country after more than a year in exile.the explosion happened as Dostum was leaving the airport with a large crowd of government officials and supporters.Dostum returns more than a year after fleeing the country during an investigation into the rape and torture of a political rival.

The powerful ethnic Uzbek leader and former warlord, who is linked to a catalogue of human rights abuses in Afghanistan will be welcomed by high-ranking officials at a special ceremony, Afghan officials said.

Dostum’s return, which has been the subject of much speculation, comes amid violent protests in several provinces across northern Afghanistan — his traditional power base.

Thousands of Dostum’s supporters have taken to the streets in recent weeks, shuttering election and government offices and blocking sections of highways, demanding the release of a pro-government militia leader and calling for Dostum’s return.