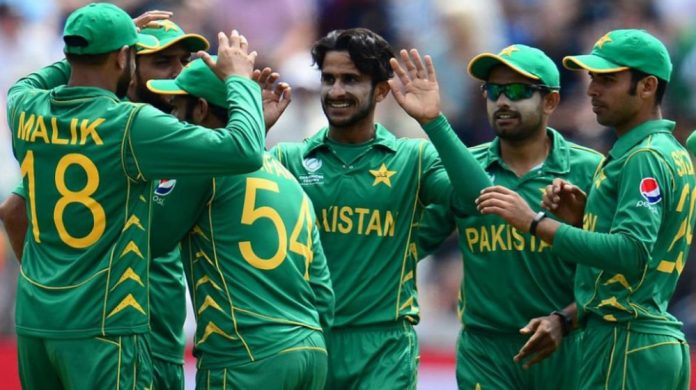 LAHORE, (DNA) – The Pakistan Cricket Board (PCB) has announced the squad for the upcoming tri-series against Zimbabwe and Australia.Squad was announced by the selection committee which was headed by Inzamam-ul-Haq after consultation with skipper Sarfraz Ahmed and coach Micky Arthur.Pakistan team takes on Zimbabwe and Australia and following the tri-series, the national team will play a 5-ODI series against the hosts.

The tri-series begins from 1st July and will end on the 8th of the same month whereas the 5-ODI series against Zimbabwe will commerce from 13th July, 2018.

Some noticeable changes have been made to the squad and perhaps the most prominent one is the inclusion of young opener Sahibzada Farhan, who is a part of Islamabad United team.

On Mohammad Hafeez: Hafeez will be available for the team as an all-rounder after his bowling action was cleared.

On Babar Azam: Azam was not considered for T20Is because of his injured forearm but it is hoped that he would be fit for ODIs.

On Asif Ali: Asif Ali has been included in the ODI squad to strengthen the lower middle-order while Junaid Khan and Yasir Shah will make a comeback in the ODI squad after successfully recovering from injuries.