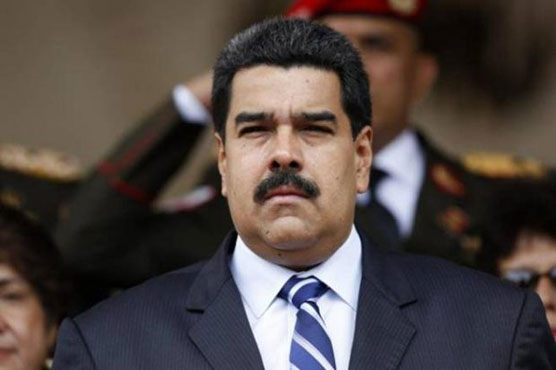 CARACAS, MAY 21 (DNA) – President Nicolas Maduro was unsurprisingly declared winner of Venezuela s election Sunday in a poll rejected as invalid by his rivals, who called for fresh elections to be held later this year.Reeling under a devastating economic crisis, only 46 percent of voters turned out to cast ballots in an election boycotted by the opposition and condemned by much of the international community, but one which hands Maduro a second six-year term.

“We do not recognize this electoral process as valid, as true,” his main rival Henri Falcon told a news conference, even before the result was announced.

“For us, there were no elections. We have to have new elections in Venezuela.”

Maduro hailed his victory as a “historic record” in a speech to thousands of cheering supporters outside the official Miraflores Palace in Caracas.

The official result gave Maduro 67.7 percent of the vote, with Falcon a distant second with 21.2 percent. In the last opinion polls before the vote, the pair were running neck-and-neck.

Falcon said fresh elections could be held in November or December, when they are traditionally contested. Maduro s government had them brought forward by several months, which sparked international condemnation and prompted the boycott by the main opposition.

Maduro, the political heir to the late leftist firebrand Hugo Chavez, has presided over an implosion of once wealthy oil producer Venezuela s economy since taking office in 2013.

Hundreds of thousands of Venezuelans have fled the South American country in a mass exodus in recent years.

Wearing a bright red shirt that identifies him as a “Chavista,” the president arrived early at a Caracas polling station along with his wife, former prosecutor Cilia Flores.

The comments reflected previous statements by the socialist leader that Venezuela is the victim of an “economic war” waged by the conservative opposition and outside powers such as the United States aimed at toppling him.

As the polls opened, US Secretary of State Mike Pompeo denounced the election as a “sham”.

Small queues of voters, mostly Maduro supporters, formed at some polling stations, but others appeared half empty, correspondents reported from several cities.

Falcon, a 56-year-old former army officer who failed to gain the endorsement of the main opposition, accused the government of coercing voters.

In a news conference held before the official result announcement, he pointed particularly to so-called “red points” — street stalls set up by the ruling Socialists near polling stations — allegedly to offer handouts in exchange for votes.

The former governor of Venezuela s Lara state also said polling centers had remained open after the scheduled closing time, and that his monitors were expelled from some of them.

Hundreds of Venezuelans took to the streets in several Latin American capitals, including Bogota, Lima and Buenos Aires — as well as in Madrid — to denounce the vote.

The biggest protest was in Chile s capital Santiago, where more than 1,000 demonstrated against the election. Chile granted 73,000 visas to Venezuelans fleeing the country last year.