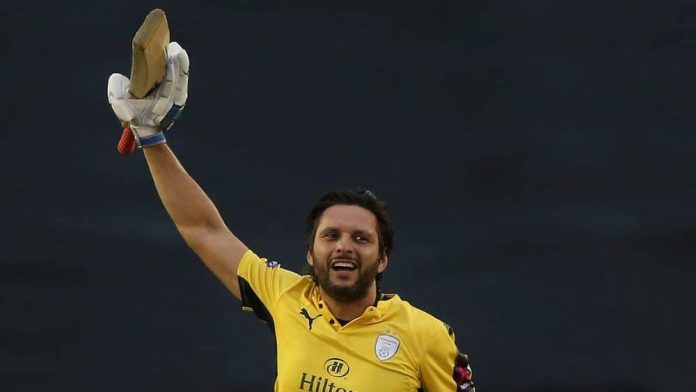 TORONTO, MAY 08 (DNA) – Former Pakistan all-rounder and captain of the national team, Shahid Afridi, has inaugurated a cricket club in his name in Toronto, Canada.The club will compete in the local Toronto and District League, which will start from 19th May. The matches are to be played on grounds across GTA and King City.

Speaking about his decision to start a cricket club in Canada, Afridi said:

During my meetings with Mayor John Tory and Premier Kathleen Wynne on my last visit to Canada, they discussed the need to support the development of cricket in Canada and I promised to do something.

It’s important to promote sports among the youth. I am very happy to announce that we have launched Shahid Afridi Cricket Club to compete in TDCA and have signed former Canadian cricket team captain Rizwan Cheema as captain and mentor, and Ameem Haq as the General Manager.

I feel proud to be a part of the club and honoured to be chosen to lead the side. We have signed a number of cricketers who have played for the Canada’s national team and Under-19 team, which puts the expectations very high from the get-go for SACC. I am confident that we will put our best foot forward.

Shahid Afridi talked about Rizwan Cheema as well and said:

Cheema is an explosive batsman known for his hard-hitting batting and medium pace bowling, he is my kind of player and the pride of modern Canadian cricket.

Over 100 teams are expected to take part in the championship. According to the statistics, GTA has over 20,000 registered cricketers competing in various leagues.

Following players have been offered a contract to join Shahid Afridi Cricket Club: