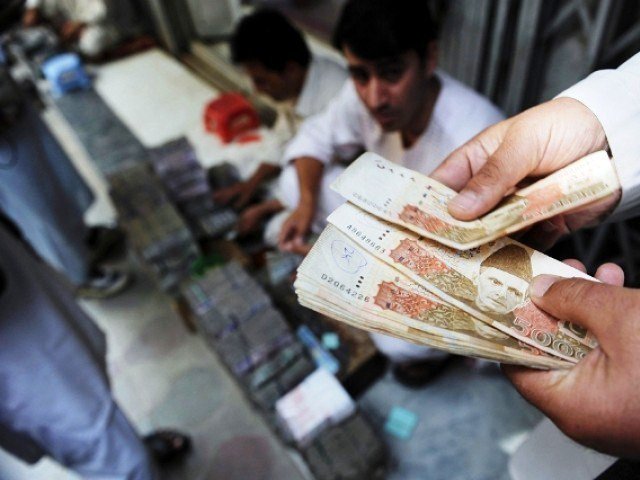 KARACHI, APR 24 (DNA) – Panic buying pushed the US dollar as high as Rs118.5 in the open market on Monday, its highest level during intra-day trading, prompting the central bank to call an emergency meeting of currency dealers as gap with the inter-bank rate widened. While dealers came to grips with high demand for the greenback, the rupee ended at 118.3 against the US dollar even as the inter-bank rates remained stable.

With speculation that there was another round of devaluation in the offing, buying momentum increased in the open market, pushing the rupee to its lowest level yet.

The development came despite Adviser to Prime Minister on Finance Miftah Ismail categorically stating that the government was done devaluing the rupee.

Ismail, who met with officials of the International Monetary Fund (IMF) and World Bank in Washington, said the rupee does not need to be devalued any further as the currency had found its equilibrium.

That did not stop market speculators as Monday saw the rupee weaken further in the open market.

In response, the State Bank of Pakistan (SBP) summoned currency dealers on Monday, and “directed them to narrow down the gap between dollar’s price in the inter-bank and open currency market to 1% from the current 2.3%,” said Exchange Companies Association of Pakistan General Secretary Zafar Paracha.

“People have developed a mindset that whenever government officials attend IMF meeting they devalue the rupee. This situation invites panic buying,” Paracha said.

Pakistan’s central bank has already devalued the rupee by over 9% in two rounds. The move was meant to curtail a growing trade deficit and save foreign exchange reserves.

Both times, the devaluation occurred immediately after government officials attended meetings with the IMF.

The IMF and independent economists have already been reiterating that the true value of the rupee stands at over Rs120 to the US dollar, which is much higher than the Rs115.61 in the inter-bank at present.

“There is no shortage of dollars in the open market. We have imported increased quantity of dollars (against export of other world major currencies in surplus) to cater to the demand,” Paracha said.

“We have put measures in place to check and discourage speculative buying,” he said.

On the other hand, Forex Association of Pakistan President Malik Bostan said the demand for dollars increased after the government announced that it has barred non-filers of income tax returns from buying property come July.

Secondly, non-filers would no longer be allowed to deposit cash in their foreign currency accounts with effect from July 1. “Non-filers are buying dollars,” he said.

He said smuggling of dollars and other world major currencies from Pakistan to Afghanistan, under invoicing of goods in trade with China, widening currency account deficit were some other reasons behind the surge in rate.

The value of transactions in the open currency market stands at $2-2.25 million per day. However, the gap between demand and supply may increase in the days to come, he said.