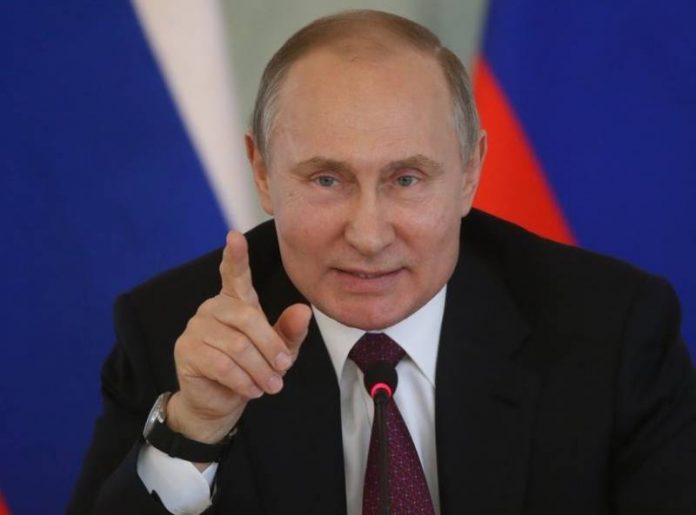 ISLAMABAD, APR 17 (DNA) – Mr. Vladirmir Berezyuk, Acting Ambassador of the Russian Federation Regarding the participation of Russian Federation in “Belt & Road” initiative, he said the Russia was eagerly waiting for a formal invitation from China and Pakistan to invest in CPEC related projects.

Addressing the members of Faisalabad Chamber of Commerce & Industry (FCCI) here on Monday, he mentioned Russian cooperation in the development of Pak economy and said, “Karachi Steel Mills and Gudhu Power Plant are examples of our mutual and highly productive cooperation.” He said that recently Pakistan and Russia have inked an agreement to lay a land mark Karachi-Lahore pipelines which is expected to resolve multiple energy related problems of Pakistan.

He said that this year Pakistan and a consortium of Russian Federation have inked an agreement to establish an oil refinery at Kohat. “It will have capacity to refine hundred thousand barrel of oil per day,” he said and added that yet another agreement would also be signed to promote banking channels between the two countries.

He told that a delegation of Russian businessmen will also visit Pakistan which will open new avenues of direct cooperation between the businessmen of two countries. Expressing satisfaction over the promotion of bilateral trade between the two countries, Mr. Vladirmir Berezyuk said that it is growing at a much faster pace, adding that during 2015-17 Russian exports recorded an increase of 96 percent while a phenomenal growth of 209 percent was recorded in Pakistani exports to Russian Federation.

However, he stressed the need to diversify the trade to fully capitalize potentialities available in the two countries. He also identified railways, communication, construction, refinery and other major sectors in which two countries could further expand their collaboration in the coming years. However, he said that after concerted efforts by the two governments, the businessmen of Pakistan and Russia should also play a proactive role to strengthen their mutual relations.

About cooperation in education sector, he said that Moscow is ready to send a delegation to Pakistan to explore opportunities for bilateral exchange of students and faculty members of leading universities of the two countries.

RCCI concerns on rising inflation amid free fall of rupee

Power Cement to use Thar Coal in cement manufacturing