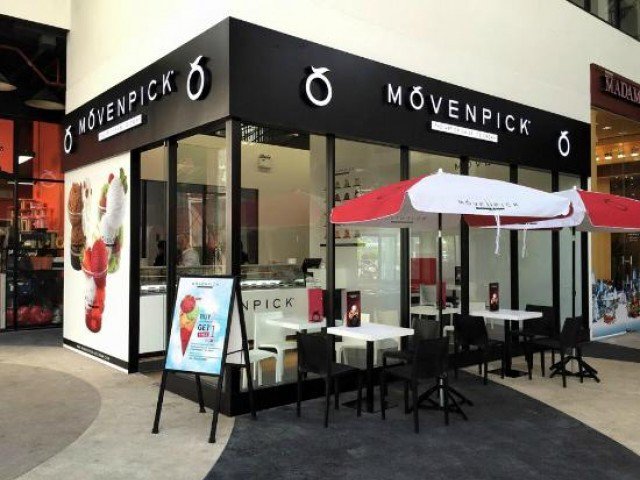 KARACHI, APR 01 (DNA) –  Movenpick, the makers of Swiss ice cream, has launched its coffee brand in Pakistan with a plan to open exclusive outlets, separate from ice cream parlours. With the objective of creating a market for coffee in Pakistan, a ceremony to mark the launch was held recently at the Consulate of Switzerland where different varieties of coffee, along with espresso machines for capsules, were exhibited.

Movenpick CEO in Pakistan and Jofa Group General Manager Tahir Ali said, “Pakistan is in the infancy stage as people are not familiar with different coffee flavours. Movenpick will create a market for coffee and develop the taste among people.”

Talking about the plan for exclusive coffee shops, Ali said, “We will observe the demand and gradually expand in the market, starting from ice cream parlours, hotels and restaurants.”

Movenpick has signed a contract with Pakistan State Oil (PSO) for 44 shop-stops that are under construction and will sell the newly launched coffee. These stores, owned and operated by PSO, will be built in the next six months.

It has also signed contracts with Shell and Movenpick Hotel and is in the process of signing an agreement with Marriot Hotel.

Movenpick CEO said if machines, which required coffee capsules to make the coffee, were installed in each room of the hotel, the demand would automatically rise.

“We will be supplying machines to hotels and restaurants as well and have placed our order based on the understanding with these hotels,” he said. “We are also planning to sell these machines to different restaurants like Gloria Jeans and Aylanto, which are already selling Movenpick ice creams.”

Talking about demand, he said Movenpick would create a market for the coffee, which was currently non-existent as no other brand had the same machine and variety of coffee.

“We will use the aroma of coffee to attract customers and will be offering free trials to them from the first week of April.” It plans to polish the brand by winter by focusing on the per-day consumption plan, starting from the ice cream parlour on 26th Street in Karachi.

The price ranges from Rs650 to Rs25,000. It will also be increasing prices of ice creams by June in the wake of rupee’s depreciation against the dollar.