LAHORE, MAR 15 (DNA) – Ticket sales of third edition of the Pakistan Super League’s (PSL) final scheduled to take place in Karachi went online on Thursday and fans flocked to the outlets to get their hands on them. Tickets are available at the 25 TCS branches in Karachi and online through Yayvo. Ticket sales on Yayvo started at 12am, soon after which the website crashed due to the amount of traffic on it.

The website was restored later in the night and saw the Rs1,000 and Rs4,000 tickets sold out almost immediately. 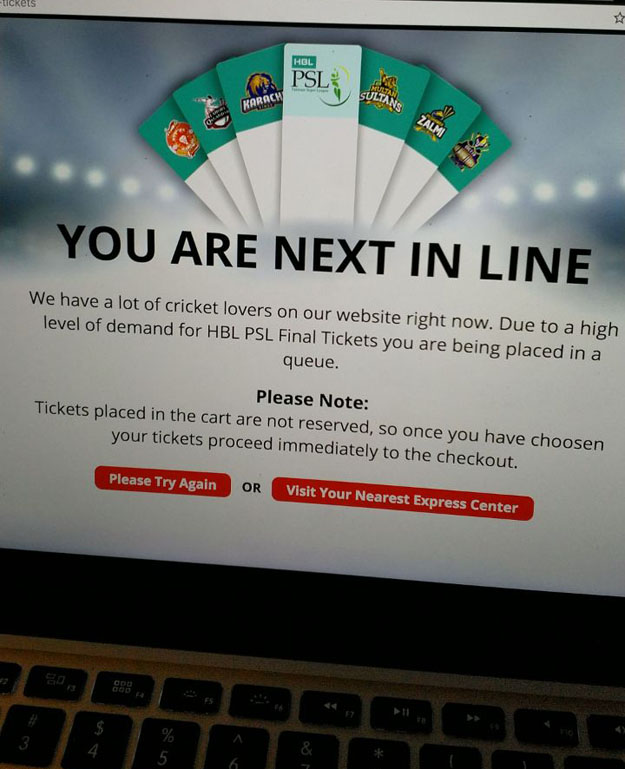 Only 26,500 tickets are available for the final of which nearly 30 per cent are being sold online while the remaining are available at the 25 specified TCS branches in the city.

Karachi is preparing to host the PSL3 final on March 25 at the picturesque National Stadium.

Chief Minister Murad Ali Shah has approved Rs210 million for the security and beautification of Karachi between March 23 and March 26 for Pakistan Day celebrations and the PSL final.

The CM directed the Karachi Metropolitan Corporation (KMC) to make the city neat and clean and beautify it with lighting and greenery. “[Karachi] should present an amazing and fabulous look,” said Shah.