The US is to help fly African Union peacekeeping troops into the Central African Republic (CAR), officials say. Defense Secretary Chuck Hagel has ordered US forces “to begin transporting forces from Burundi to the Central African Republic,” his spokesman said in a statement. It follows a request from France, which has deployed 1,600 soldiers to the CAR. President Obama has called for calm and the arrest of those behind the violence. ‘Catastrophe’ French soldiers started to remove weapons from fighters on Monday.

There was a brief exchange of gunfire between armed men and French forces near the airport in the capital, Bangui, as the disarmament began.

But officials said most of the militiamen had been cleared by Monday night.

It comes after days of communal fighting claimed around 400 lives. 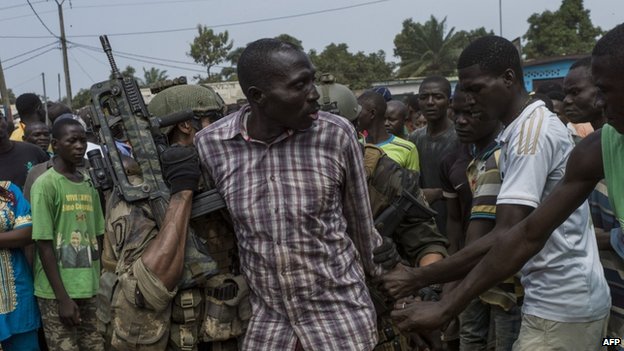 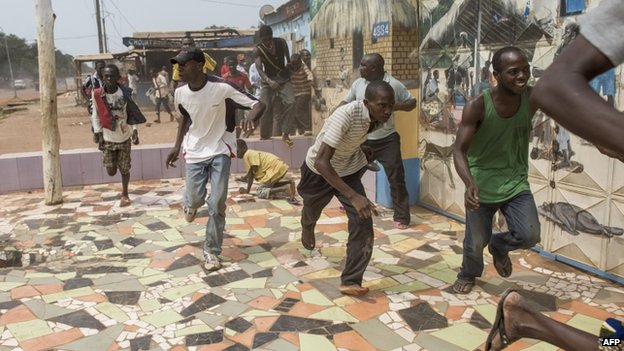 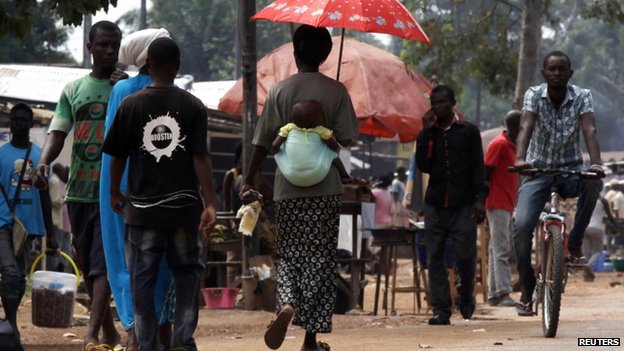 The streets of the capital returned to relative calm on Monday

“In the near term, France has requested airlift support to enable African forces to deploy promptly to prevent the further spread of sectarian violence in the Central African Republic,” he said.

“The United States is joining the international community in this effort because of our belief that immediate action is required to avert a humanitarian and human rights catastrophe in the Central African Republic, and because of our interest in peace and security in the region.”

Two US military C-17 aircraft will fly about 850 troops from Burundi into the CAR within the next 24 hours, according to reports.

In an audio message, President Obama called on the government to join Muslim and Christian leaders in appealing for calm and “arrest those who are committing crimes”.

White House officials said he recorded the message in Senegal as his plane stopped to refuel on the way to South Africa.

The CAR has been in chaos since rebel leader Michel Djotodia ousted President Francois Bozize in March and installed himself as the first Muslim leader in the Christian-majority country.

The rebel alliance has now been officially disbanded but its fighters are accused of atrocities against Christians.

The extra French troops were sent into the CAR on Friday after the UN Security Council backed a mandate to restore order “by all necessary measures” the previous evening.

The UN resolution followed a surge of violence involving Christian self-defence militias that had sprung up after a series of attacks by mainly Muslim fighters from the former rebel coalition.

The Red Cross says 394 people were killed in three days of fighting in Bangui. Many of the victims are believed to have been children.

The French army said it has restored some stability in the capital by Monday night.

“Very quickly we realised that these groups had left their positions in their great majority.”

France’s defence minister earlier said that fighters loyal to interim President Djotodia must return to barracks and the rest would have to surrender their weapons.

France said on Saturday that the African Union would increase the size of its existing force of 2,500 peacekeepers to 6,000.

UN Secretary General Ban Ki-moon said that as many as 9,000 peacekeepers would be required to move into the CAR, and he hoped they would eventually become a United Nations operation.

An estimated 10% of CAR’s 4.6 million people have fled their homes, while more than a million urgently need food aid, according to the UN.