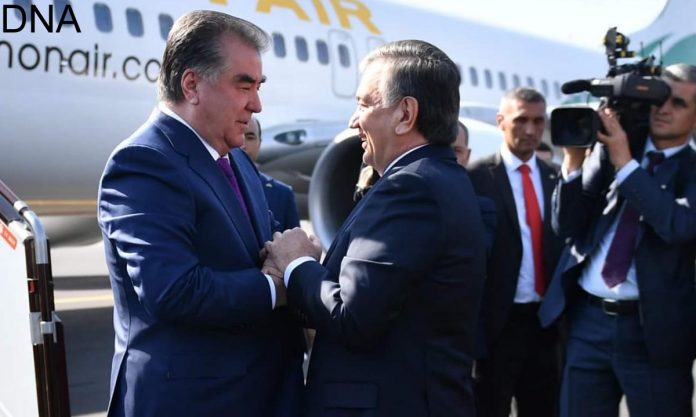 both leaders discussed issues of cooperation in political, trade-economic, transport and communication sectors, tourism, cultural, humanitarian and interregional cooperation between the two countries and also exchange views on regional and international issues of mutual interest.

“On August 18, the President of Tajikistan will hold talks with the Speaker of the Legislative Chamber of the Supreme Assembly (Parliament) of the Republic of Uzbekistan Nuriddinjon Ismailov and Prime Minister Abdulla Aripov.

On the same day, Emomali Rahmon will arrive in Samarkand and visit the sightseeing attractions. The program may be amended in the course of the visit,” he said.

Rahmon is also expected to meet Uzbek Prime Minister Abdulla Aripov and to attend the Products Fair and Uzbek-Tajik Business Forum to be held in the capital Tashkent.

Rahmon’s visit aims to resolve ongoing issues between the two states such as disputed border areas and the common use of water resources.

More than 20 agreements including strategic partnerships, business agreements as well as in the field of security are expected to be signed.

The Tajik government’s attempt to build the Rogun Hydro Power Plant had caused tensions between the two countries due to the concern that it would create a water problem.

Later on, disputes at several locations along the shared 1,000-kilometer border led to long-term tensions between the two countries.