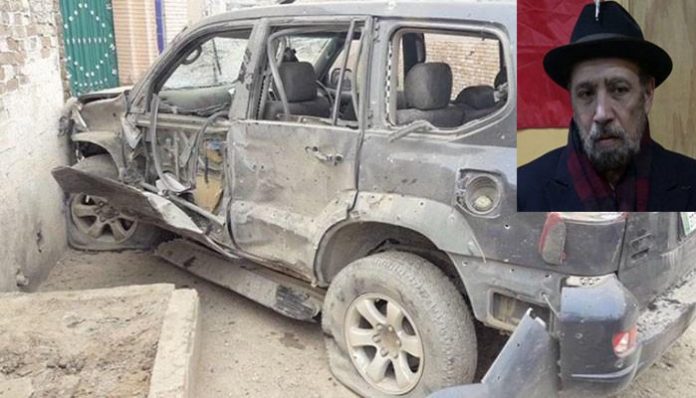 DERA ISMAIL KHAN: (DNA) –  Pakistan Tehreek-e-Insaf candidate Ikramullah Gandapur, who was attacked in a suicide blast in Dera Ismail Khan, has embraced martyrdom, quoting family sources.The former provincial minister and three others were injured when a bomb went off in Kulachi area of Khyber Pakhtunkhwa on Sunday.the blast took place near the vehicle of Ikramullah Gandapur, a PTI candidate from PK-99.

The incident took place in Kalachi Tehsil of the district. The injured were moved to a nearby hospital.

Ikramullah’s elder brother Israrullah Gandapur had lost his life in a terror attack in 2013.

The blast comes days after Awami National Party leader Haroon Bilour was killed in an attack at a corner meeting.

In another incident, Mutthida Majlis Amal (MMA) candidate Akram Durrani was targeted in Bannu district of the during election campaign.

At least four people were killed in the attack while the candidate remained unhurt.