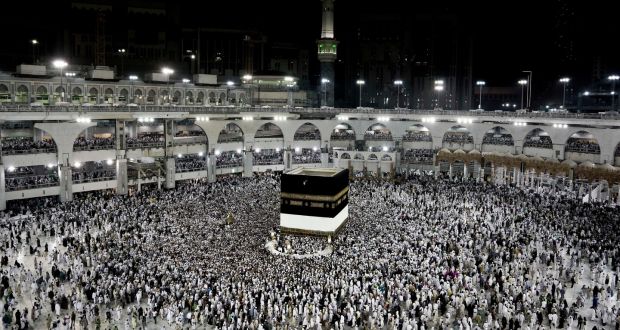 MADINA MUNAWWARA, JUL 22 (DNA): Pakistani Hajj authorities in Saudi Arabia are making sure to provide all out facilities to the intending pilgrims from Pakistan.This was stated by Deputy Director Hajj Farooq Rasheed while talking to media in Madina Munawwara.He said an organized network has been established to provide various facilities to intending pilgrims and to redress their difficulties.

On every residence of the pilgrims in Madina, assistants in green jackets have been deployed in two shifts to help resolve the complaints or problems on spot. The residences of pilgrims in the city have been divided into four sectors and one sector incharge has been deployed for each of them.

He said the number of Pakistani pilgrims in Madina has exceeded 14,000. He asked the pilgrims to take care of their health in increasing rush and harsh climate of Saudi Arabia.

Farooq Rasheed said departure to Makkah will start from today of those pilgrims who arrived in early flights.