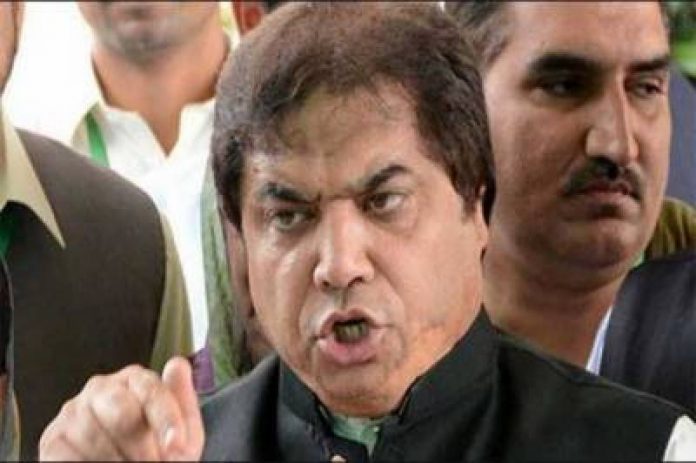 RAWALPINDI: (DNA) –  In a fresh blow to the Pakistan Muslim League-Nawaz (PML-N), an anti-narcotics court on Saturday awarded party leader Hanif Abbasi life imprisonment in the ephedrine quota case.The PML-N leader was arrested from the court premises soon after The court’s verdict has rendered him ineligible to contest the July 25 general elections.

Earlier, on June 11, Justice Ibadur Rehman Lodhi of the Lahore High Court’s Rawalpindi bench had ordered the judge of a special court that was hearing the ephedrine case to announce its verdict by July 21 — four days before the July 25 general elections.

The trial court was also directed to hear the matter from July 16 onwards, on a daily basis.

Mr Abbasi filed the appeal against these directives before a Supreme Court bench headed by Justice Sheikh Azmat Saeed which rejected the appeal.

The PML-N leader was about to contest polls against Awami Muslim League (AML) chief Sheikh Rasheed from NA-60 constituency of Rawalpindi.