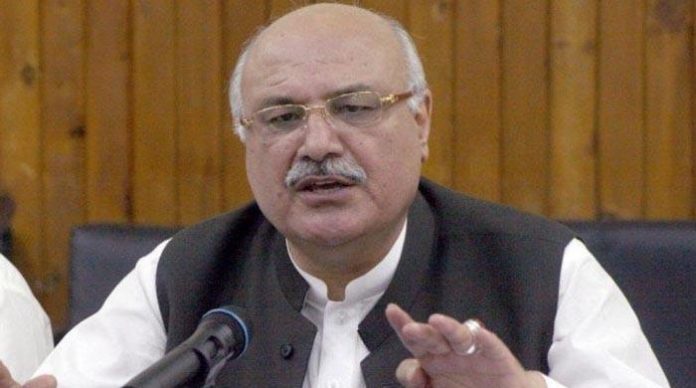 PESHAWAR: (DNA) – Awami National Party (ANP) general secretary Mian Iftikhar Hussain on Thursday hinted at a protest movement if the general elections were rigged.Speaking at a press conference at the Peshawar Press Club, he said his party would contact other parties to devise a plan of action if the election were not held in free and fair manners.

The ANP leader said supporting a single party tantamount to pre-poll rigging. He asked the Election Commission of Pakistan and the caretaker government to ensure fair elections.

Mian Iftikhar said the caretaker government and the ECP had failed in ensuring fair elections. He said his party had not left the field after the martyrdom of Haroon Bilour. The ANP leader said in the last election ANP was on the hit-list but this time all political parties were being targeted.

Mian Iftikhar said that his party would continue its activities, adding that ANP had not succumbed to the pressure despite losing more than 800 workers and leaders in terror activities.

He said some segments feared postponement of the election after the Bannu, Mastung and Peshawar incidents. However, he added that there was no choice but to hold the election.

The ANP leader lamented that it was the first time that the election became controversial even before being held.

On the occasion, Riaz Bacha, Arshad Shahab and other notables of Bhanamari announced joining the ANP. They also announced to campaign for the PK-75 candidate Syed Aqil Shah.