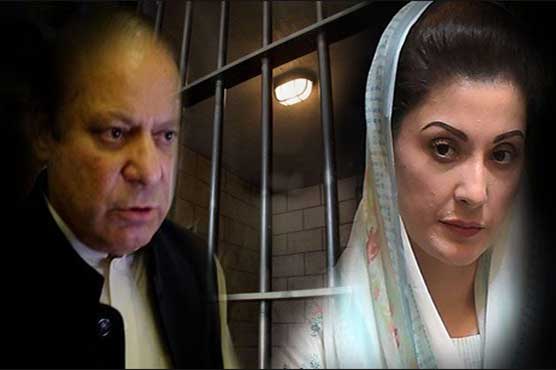 RAWALPINDI , (DNA) – Leaders of Pakistan Muslim League-Nawaz (PML-N) are likely to reach Adiala Jail to meet ex-prime minister Nawaz Sharif and his daughter Maryam Nawaz today (Thursday) .According to details, Nawaz Sharif has been given a place for walking in the jail while he has also been provided with cook and doctor.

On July 13, Nawaz Sharif and his daughter Maryam Nawaz were arrested and shifted to jail after they landed at Lahore’s Allama Iqbal International Airport.

The ex-premier’s son-in-law was also sent to jail for one-year on the same charge. The Avenfield reference is one of the three corruption references, filed by the National Accountability Bureau(NAB) on orders of the Supreme Court of Pakistan (SCP), which disqualified Nawaz Sharif, ousting him from premiership and finding him guilty in the Panama Paper case verdict.