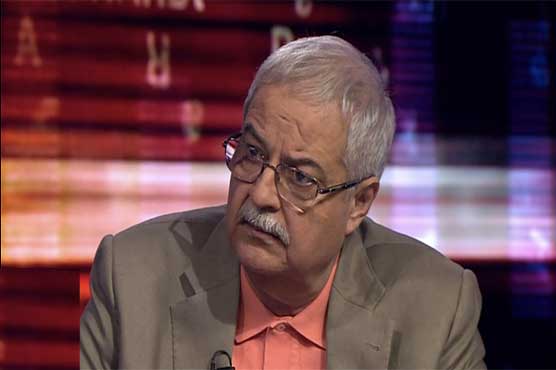 LAHORE (DNA) – The DAWN Media Group CEO Hameed Haroon has confessed that   DAWN Leaks  was international agenda and the content was gleaned through international sources. Hameed Haroon spilt the beans in an interview.In, what is being considered part of spate of controversial role of five decades old daily in Civil- Military relations the interview of the publication head has caused ripples among Pakistani media and the quarters concerned, has drawn the flak on social media.

Responding to a perky question posed by program host Stephen sacker regarding national security Hameed Haroon appeared perplexed and was unable to respond satisfactorily. Referring to post- DAWN Leaks controversy civil-military rift the host grilled him about impartiality of DAWN and crying out of assault on media, democracy being at stake. Questioning

Hameed Haroon s claim about freedom of expression the program host asked as to how come DAWN was in publication.

Answering the questionnaire Hameed Haroon said that  DAWN Leaks  was backed by international establishment however, conceded that his organization did not receive any threats in the wake of DAWN Leaks scandal and on.