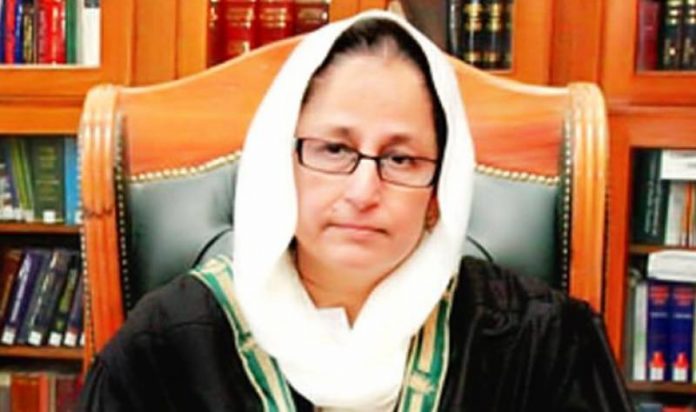 She is expected to replace the current Chief Justice ‘Muhammad Noor Muskanzei’ of BHC on his retirement. He is scheduled to retire on 1st September this year as he was appointed back in December 2014.

Mrs. Safdar was born on Oct 5, 1957, in Quetta. She also happens to be the daughter Syed Imtiaz Hussain Baqri Hanafi, a renowned lawyer.

She passed a competitive exam held by the Balochistan Public Service Commission after which she was appointed as a civil judge on April 22, 1982.Senior Civil Judge on June 29, 1987.Additional District and Sessions Judge on February 27, 1991.District and Sessions Judge, On March 1, 1996.The presiding officer in the Labour Court.Member of the Balochistan Services Tribunal on Oct 22, 1998.Chairperson of the Balochistan Services Tribunal on July 10, 2009.Additional Judge of the high court on Sept 7, 2009.Balochistan High Court appointed her a regular judge on May 11, 2011.