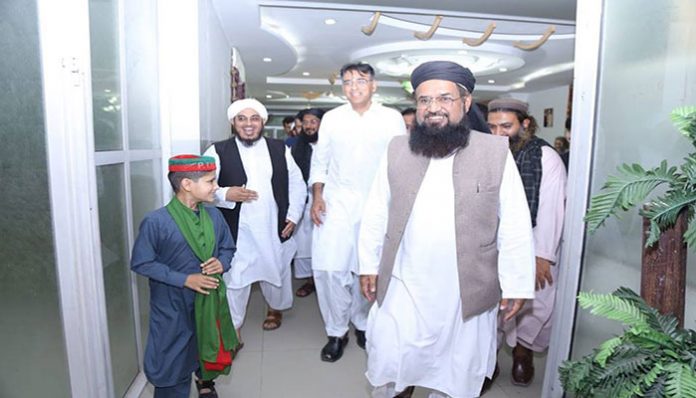 ISLAMABAD, (DNA) – Pakistan Tehreek-e-Insaf leader Asad Umar has announced that the founder of banned Harkat-ul Mujahideen Maulana Fazlur Rehman Khalil has joined his party.The news was publicized on the official Facebook page of the NA-54 aspirant in Islamabad, stating that the current leader of Ansar-ul-Umma and numerous of his allies and clerics have pledged their support for Pakistan Tehreek-e-Insaf.

“Maulana Fazlur Rehman Khalil along with his several companions and scholars has announced his support for Pakistan Tehreek-e-Insaf,” read the statement.

The declaration was made during the presence of the PTI leader.

The social media post also conveyed Khalili’s intentions to “stay committed in ensuring that Pakistan takes the necessary steps required to turn the country into an Islamic democratic state.”