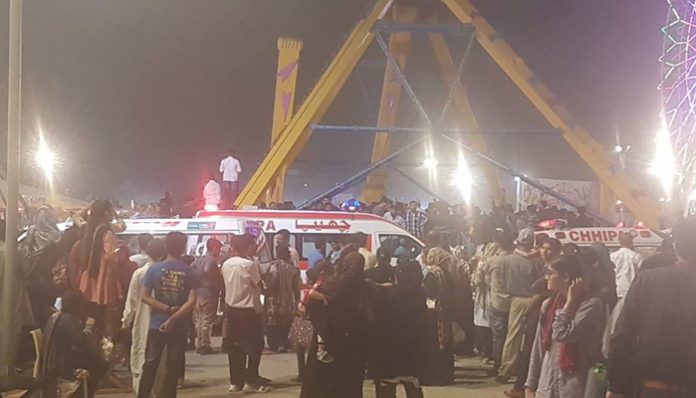 KARACHI: (DNA) – An eight-year girl died and 16 people were injured on Sunday evening when a swing ride crashed to the ground at a famous amusement park in Karachi.The Askari Amusement Park located near Old Sabzi Mandi area was immediately closed after the accident.Rescue teams and police reached the scene and ordered immediate evacuation of the park.The victim was identified as eight-year-old Kashaf.

The injured were shifted to nearby hospitals.

According to eyewitnesses,  many people were injured after a stampede broke out after the crash. Many were reportedly trapped under the fallen ride.

The park was recently opened to people on Eid ul Fitr after addition of new swings and rides.

Meanwhile, caretaker Sindh Chief Minister took notice of the incident and ordered inspection of all the parks.

The caretaker chief minister asked Karachi commissioner to submit a report within 24 hours.