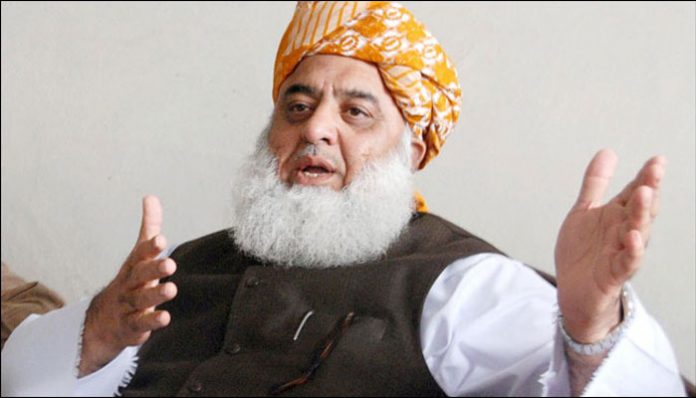 The NA-38 Dera Ismail Khan had witnessed tough contest in the 2013 election between Maulana Fazlur Rehman and Pakistan People’s Party (PPP) candidate Waqar Ahmad Khan, who is a former senator and is now contesting as an independent candidate.

The 2013 contest was won by the JUI head, but in the upcoming polls he is facing not only Waqar Ahmad Khan, but also the PTI candidate Ali Amin Gandapur, who is hopeful of victory on the grounds of development work he has done in the constituency. Gandapur was a provincial minister in the PTI-led government in Khyber Pakhtunkhwa and managed to get adequate funds because he is stated to be close to the party chairman Imran Khan.

Maulana Fazlur Rehman is also optimistic about his chances of success in this constituency located in a conservative area. As he is contesting from the Muttahida Majlis-e-Amal (MMA) platform, he is hopeful of getting the religious vote of the five religio-political parties that are part of the MMA.

The former National Assembly deputy speaker and PPP candidate Faisal Karim Kundi is also in the field. In the 2013 polls, he supported the then PPP candidate Waqar Ahmad Khan. Kundi is banking on the PPP vote in Dera Ismail Khan.

Waqar Ahmad Khan, who normally lives in Lahore and rarely comes to his constituency, is claiming the support of Seraiki-speaking people in Dera Ismail Khan. This seems to be the reason he is contesting election as an independent candidate so that he can attract votes of all Seraiki speakers irrespective of their political affiliation.

The 15 contenders for NA-38 include 10 independent candidates while the rest of five contestants are affiliated with the major political parties.