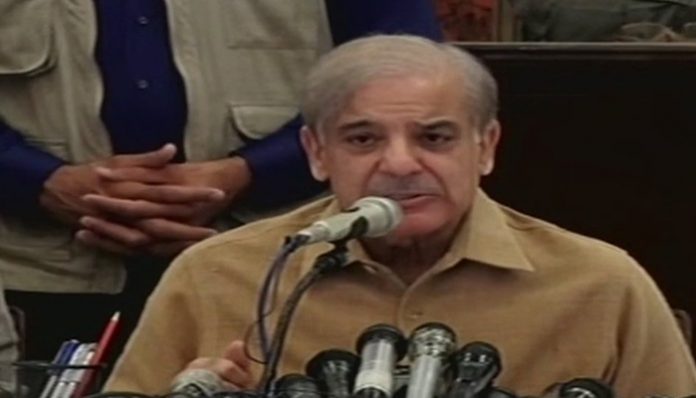 LAHORE: (DNA) – PML-N President Shehbaz Sharif has lashed out at authorities for their decision to tray ousted prime minister Nawaz Sharif inside Adiala jail.“We’ve come to know Nawaz Sharif and Maryam Nawaz have been taken to Adiala jail and they’ll be tried inside the jail. Only terrorists are tried inside a jail,” Sharif told a press conference in Lahore on Saturday.

“This is wrong. What message do you want to send across the country? We faced a similar trial during Musharraf’s’ dictatorship” he said.

Sharif lamented that an FIR was lodged against the leadership of the PML-N.

“People were not brought to greet Nawaz Sharif. They had come by themselves,” he said, adding those assaulting PML-N workers will be brought to book.

He said that Imran Khan was again restoring to lies and allegations as he had been doing over the years.

The former chief minister said that his party would utilize all legal options against Nawaz Sharif and his daughter. “This is our constitutional right to knock at the door of justice.”

The PML-N president said that he would soon give a call to his supporters to hold peaceful protesting wearing black armbands.