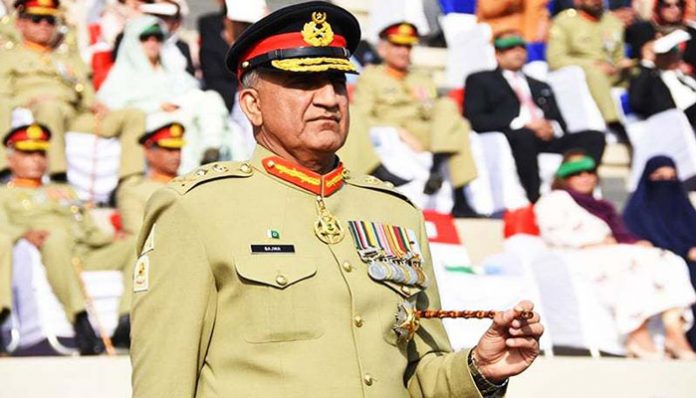 QUETTA, (DNA) – Chief of Army Staff (COAS) General Qamar Javed Bajwa arrived in Quetta on Saturday to attend the funeral prayers of Nawab Siraj Raisani who along with 128 others was martyred yesterday in a deadly terrorist attack in Mastung district of Balochistan.The army chief will also be visiting CMH in Quetta where those wounded by the massacre are presently under medical attention.

The federal and provisional governments have declared a day of mourning throughout the country on Sunday whereas the Baluchistan caretaker administration has pronounced two days in mourning subsequent to the bloodbath in Mastung.

On Wednesday, Haroon Bilour, son of slain ANP politician Bashir Bilour, was killed in a suicide attack in Peshawar.