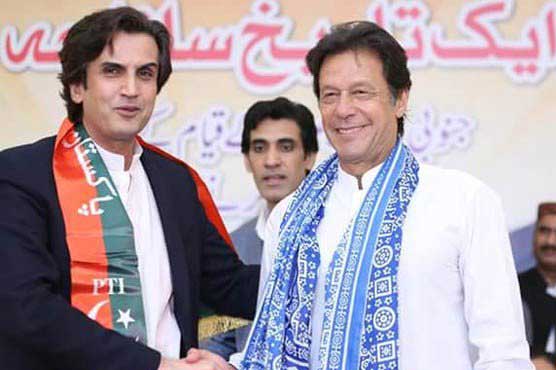 MIANWALI QURESHIAN, (DNA) – Makhdum Khusro Bakhtyar, a Pakistani landowner and politician, recently switched to his third party in a decade. That is unlikely to prevent him retaining his seat in parliament this month, thanks to loyalty to a family name that has held sway over politics in this part of central Pakistan for generations.

“If you live in an area for that long, you tend to develop social and political capital,” he told Reuters in an interview at his marble-floored mansion, nestled among the rolling mango plantations of Mianwali Qureshian, a village in southern Punjab.

Such outsize influence, enjoyed by dozens of aristocratic families in rural parts of Punjab province thanks to centuries of rigid social, tribal or religious tradition, is key to Khan’s strategy for winning Pakistan’s July 25 general election.

Entrenched local powerbrokers, who include feudal lords, tribal chiefs, clan elders and spiritual leaders and are known in Pakistan as “electables”, hold about a quarter of Punjab’s 141 elected parliamentary seats. Punjab, long the Sharif family’s electoral power base, in turn accounts for more than half the 272 elected seats in the National Assembly, making it the key election battleground.

Khan has previously said he believes that winning over the province’s electables can weaken the Sharifs’ grip on Punjab and open up a path to power for him.

So far at least 21 Punjab lawmakers from Sharif’s Pakistan Muslim League-Nawaz (PML-N) have defected to Khan’s Pakistan Tehreek-e-Insaf (PTI), or Movement for Justice party, suggesting the strategy is bearing fruit.With polls also showing the PTI gaining ground, Khan is increasingly being tipped by analysts to be the next prime minister. But the embrace of “turncoat” politicians from traditional elites risks damaging his image as the candidate of change.

Khan wooed the electables bloc at the last election, but by his own admission they flirted with him before opting for Sharif’s PML-N once it swept to power in 2013.

Shah Mehmood Qureshi, deputy-chairman of PTI and an aristocratic Sufi elder, said the party has become “pragmatic” after the 2013 poll, in which it fielded ideological candidates who did not know the “art of contesting elections”.

“We need numbers (in parliament),” Qureshi told when asked about the party’s pursuit of electables. “Unless we have numbers, how do we implement the agenda for change?”

Khan, a former Pakistan cricket captain, founded PTI in 1996, but has only recently broken through as a credible contender for power.

Sharif, who has clashed with the military before he was ousted from power by the Supreme Court last year, alleges members of the military’s intelligence agency have been leaning on his lawmakers to switch sides and usher Khan to power.

Several politicians from prominent south Punjab families have told Reuters that people they believed were intelligence agents have threatened them with corruption cases if they did not abandon PML-N.

Reuters could not independently corroborate the events they described and the military, which has ruled the country for about half its history, denies interfering in modern-day politics. Khan has dismissed suggestions he is colluding with the generals.

Critics scorn electables as opportunists who switch allegiance depending on which way the electoral winds are blowing, and accuse them of selling their loyalty to maintain access to resources.