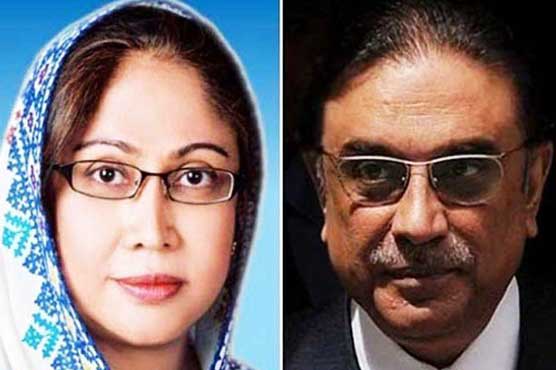 ISLAMABAD (DNA) – Former president Asif Ali Zardari and his sister Faryal Talpur on Wednesday has submitted their reply in Federal Investigation Agency (FIA) as they failed to appear in money laundering case.Both accused have sought time from the agency till polls, stating that they are busy in election campaign.

Asif Ali Zardari, Faryal Talpur and their associates are accused of sending Rs35 billion abroad through fake accounts after which, their names were placed on Exit Control List (ECL)

Lawai and his associates are accused of opening 29 fake accounts in the Summit Bank and United Bank of Pakistan Limited.
According to the FIA, 29 accounts were opened in the name of seven people, including a woman.

The agency said that 18 to 19 of the ‘fake’ accounts were opened in the Summit Bank alone.