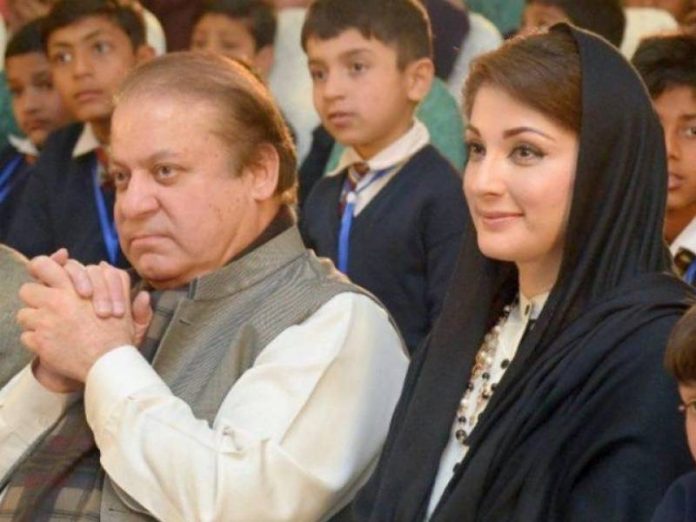 ISLAMABAD, (DNA) – Maryam Nawaz Sharif will be the first convicted woman prisoner to be taken into custody by NAB Rawalpindi in recent years and she is likely to be shifted to a woman police station on July 13 on her arrival in Pakistan before presenting her before the accountability judge for her ultimate destination – jail – sources.The sources said that though NAB Rawalpindi has its own police station where normally people taken into custody are kept but in the case of Maryam Nawaz, she is not likely to be kept in NAB’s police station because she is a woman.

Though NAB Rawalpindi has sought ten more woman police personnel from the Punjab Police and the lady police women have been put at the disposal of NAB but sources claim that it is highly unlikely that Maryam would also bekept at NAB’s police station which is in NAB Rawalpindi Bureau’s office.

Mian Nawaz Sharif, Maryam Nawaz Sharif and Captain ® Safdar have been sentenced for ten, seven and one year imprisonment respectively by the Accountability Court Number 1 in Avenfield Apartments’ Reference on last Friday.

The sources said that Mian Nawaz Sharif and Maryam Nawaz are likely to land in Lahore from London on July 13 at around 6:15 pm and from there it might take four hours for NAB to shift both the PML-N leaders to Islamabad and it might not be possible to present them before the Accountability Court Judge for their judicial custody and sending them to jail; therefore, Mian Nawaz Sharif would be shifted to NAB Rawalpindi and Maryam Nawaz to a woman police station.

The sources claim that Judge Muhammad Bashir has been requested by NAB prosecution department to be available whenever Mian Nawaz Sharif and Maryam Nawaz are arrested and taken into the custody of NAB Rawalpindi but the judge has not responded yet.