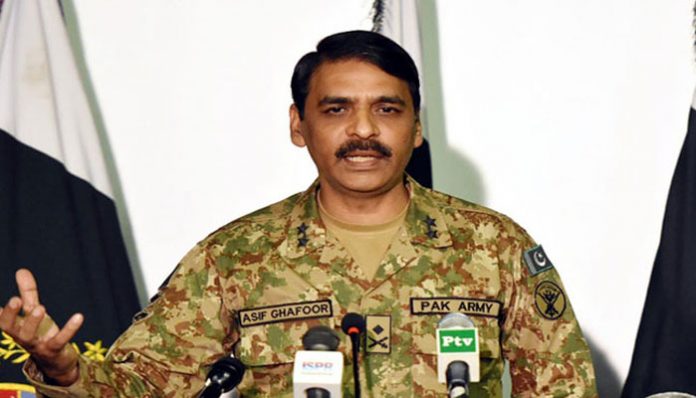 RAWALPINDI: (DNA) –  Major General Asif Ghafoor, Director General Inter-Services Public Relations, on Tuesday said the Election Commission of Pakistan has sought Pakistan Army’s assistance  in   holding  the general election in free and fair manner.Addressing a press conference , the military spokesman said all the doubts  regarding the general elections have come to an end.

“Army has no direct role in conducting the election,” he said, adding that voters should exercise  their right franchise without any fear.