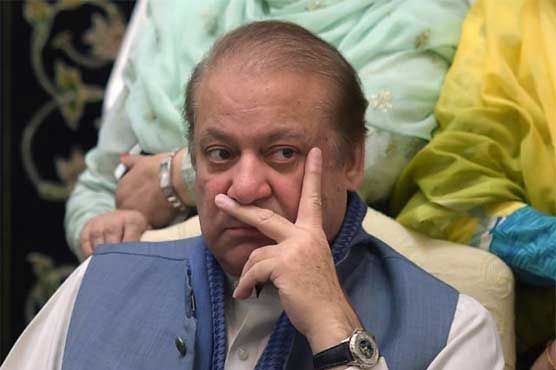 As per details garnered, the representative of Nawaz Sharif, Zafar Khan submitted the plea in the court. The statement of the plea reads that he won’t be able to appear before the court tomorrow (July 6), due to Kulsoom Nawaz’s critical health. He also requested to postpone the verdict.

On the other hand, the PML-N spokesperson Maryam Aurangzeb said that Nawaz’s demand to delay the court verdict of July 6 is legal so the accountability court is requested to announce the verdict on July 25.

The courts are symbol of justice therefore, a legal plea should be considered, she said.

Nawaz went on to say that he would not abscond as he was not a dictator. “I faced unilateral proceedings [in the Avenfield reference]. I want to be in the courtroom to hear the verdict”, added Nawaz.

PML-N chief warned to set an example out of those who are halting the path of masses. He said, “People are aware of revengeful proceedings being carried out against me”.

The supremo stated that he would not let his stalwarts down by displaying cowardly attitude. He added, “I will return to Pakistan even if verdict comes against me. One has to face adversities for accomplishment of the mission”.

Nawaz said he would render any sacrifice for masses’ rights and sanctity of vote.

Nawaz Sharif claimed that Pakistan has been passing through worst phase in its recorded history and warned foes that masses would announce their verdict on July-25 [General Elections 2018].