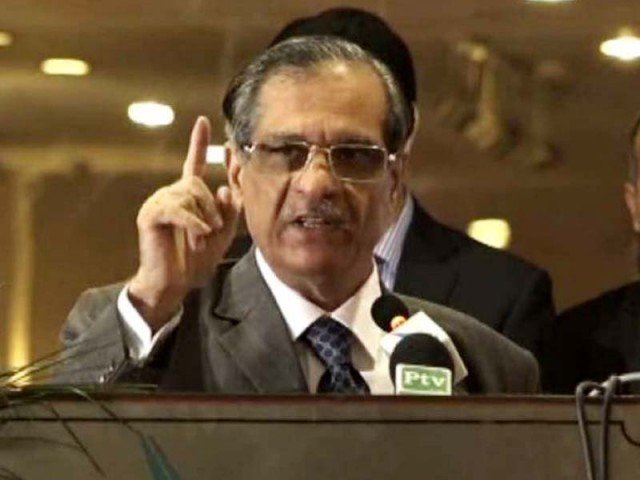 ISLAMABAD: (DNA) – Chief Justice Mian Saqib Nisar directed the federal government on Wednesday to immediately start construction of two dams, while also donating Rs1 million for the purpose.Last week, the CJP said all stakeholders had agreed to the construction of two dams in the country with the money recovered from loan defaulters.

After consultation with water experts and senior officials, the four-judge bench headed by the CJP announced for the dams to be constructed within a period of three weeks. The bench also constituted a committee led by chairman of the Water and Power Development Authority (Wapda) to oversee the projects.

The court further directed to open special account in the apex court for generating funds regarding the construction. It has also appealed to the masses to donate funds in the aforementioned account.

On June 30, while hearing the matter regarding the written-off loan case, the top judge assured those in the court ‘disputed dams’ will not be constructed.

The CJP said that several of the 222 individuals and companies who had got their loans written off had agreed to returning 75 per cent of the outstanding loans as per a formula suggested by the bench.