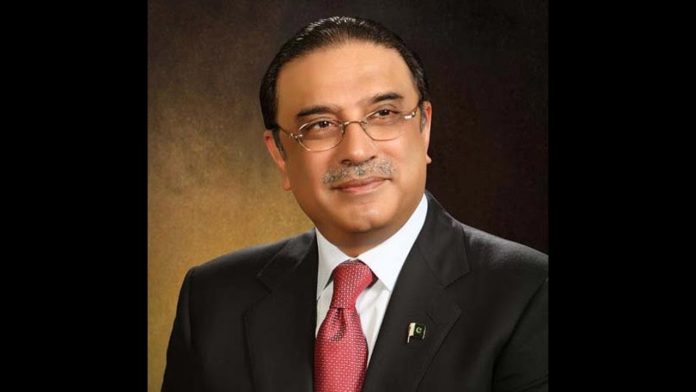 ISLAMABAD, (DNA) – Pakistan People’s Party (PPP) Co-chairman Asif Ali Zardari has said he didn’t see elections to be 100 per cent fair.He added that with the gradual strengthening of the institutions, elections would also become better.he said that candidates with Jeep symbol would be in a dictating position if they secure a big number of seats, adding that he didn’t expect political stability in the country after July 25.

Responding to a question, the former president predicted that in the forthcoming polls independent candidates would win majority of seats in Punjab.

The PPP leader said that he wants Bilawal to get parliamentary experience and he won’t have any objection if he becomes the next opposition leader.

“It would be better if I see him becoming the prime minister in my life,” he said.

Zardari said that there is no constitutional justification to delay the forthcoming polls, adding that the political parties have to strengthen the Election Commission of Pakistan.

The former president said that he believes in ‘evolution’ than ‘revolution’, and Pakistan Tehreek-e-Insaf Chairman Imran Khan has the right to criticise him but he himself has closed his doors by saying that he won’t sit with him.

The PPP leader said that senior political figure Manzoor Wattoo is no more part of the PPP as he chose to contest the next polls as an independent candidate.

He said that the arrest of his affiliate from his hometown “is an act with a message” for him.

The former president said that a message was given to him through the arrest of Ismail Dahri from Nawabshah.

The PPP leader further said that Dahri is a small landowner and does political canvassing in the area.